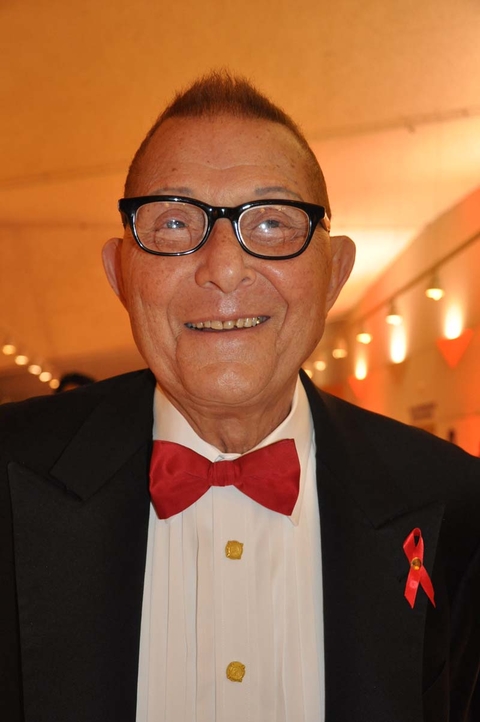 Vallion served on both the board of directors and the Red Tie Night committee for more than 24 years, according to OACF.

“We are deeply saddened to learn of the passing of Mr. Vallion,” said Cher Golding, OACF executive Director. “As a founding Board member of our organization, he forever changed the way Oklahomans care for those living with HIV and AIDS.

“He was a quiet warrior who dedicated his time to help cultivate Red Tie Night into the premier event of Oklahoma City. When asked to serve, he took up the call and became the voice for the voiceless. His family remains in our thoughts.”

In March of this year at the annual Red Tie Night gala, OACF presented Vallion with the inaugural “Jim Vallion Philanthropy Award for his decades of volunteer and charitable service to the cause of HIV/AIDS awareness and education. His financial contributions and time spent volunteering have had a major impact on those affected by HIV/AIDS in Oklahoma.

Vallion is a graduate of Oklahoma State University (OSU) and holds bachelor’s and master’s degrees in political science. Upon graduation, Vallion teamed up with Gene Smesler and opened a string of successful restaurants in Stillwater.

In 1959 they moved to Oklahoma City to open Val Gene’s Cafeterias with the most prominent one opening in 1960 in the brand-new Penn Square Shopping Center. In 1980 as Val Gene’s was closing, Vallion purchased Trochta’s Flowers and Gifts. His background in hospitality, food service and floral made him an invaluable committee member for Red Tie Night.

Other honors include the Oklahoma Living Treasure Award from the University of Oklahoma and the Red Earth, Inc. Spirit Award. Vallion was a life member of the OSU Alumni Association and was recently inducted into the OSU Hall of Fame.

“The Gayly” CFO succumbs to cancer