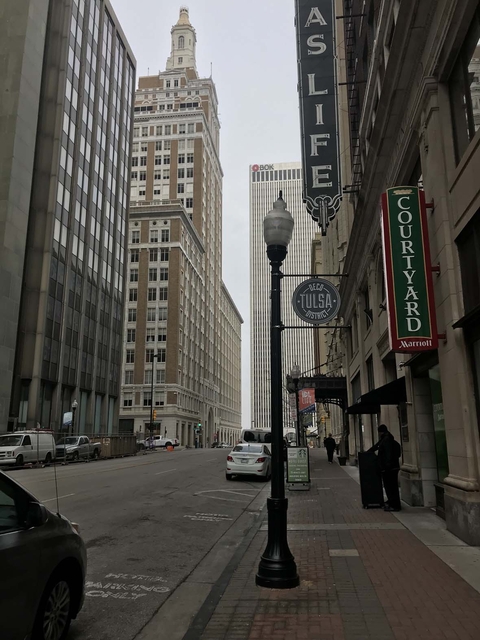 President Trump will hold a rally in Tulsa, OK on Juneteenth. Photo by Robin Dorner.

“For him to host a campaign rally on Juneteenth in Tulsa is unconscionable. A day set aside to commemorate the freedom of enslaved people must not be marred by the words or actions of a racist president,” said Andrews, the first black woman to serve as Chair of the Oklahoma Democratic Party.

“This is a slap in the face to every black Oklahoman, every black American,” she said. “It’s worse than pandering to his base. It has the potential of galvanizing racists in Oklahoma and the nation to further denigrate a group of people who built the very house in which the President lives,” Andrews continued.

She also pointed out the horrific history of racism in Tulsa. “He is coming here on the 99th anniversary of one of the very worst racist massacres ever on American soil. This horrifying collaboration between Trump and Governor Kevin Stitt is evidence that, to them at least, Black lives do not matter. The Oklahoma Democratic Party stands with all people of goodwill to denounce this self-serving morale-booster for Trump,” concluded Andrews.

For more information about the Oklahoma Democratic Party, visit the party website at okdemocrats.org, or call party headquarters at 405-427-3366.