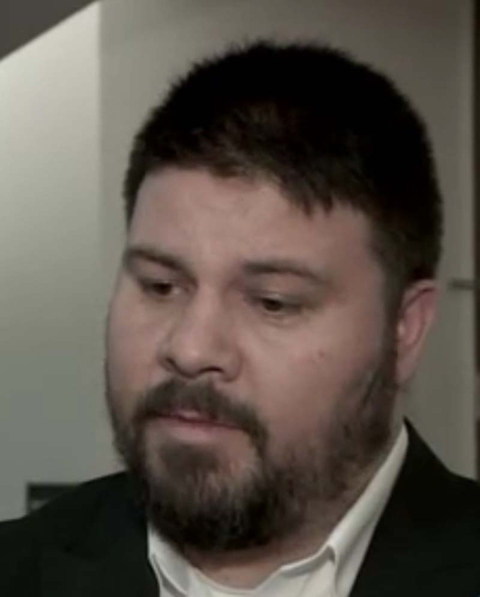 Oklahoma State Senator Ralph Shortey was caught in a hotel room this past Thursday, according to a NewsOK report. Shortey was with a "juvenile male," during a welfare check. The circumstances are under investigation; however the facts are that Sen. Shortey checked into a "Super 8 Motel" in Moore, registering the room for "two adults."

Sen. Shortey is married to a woman, and seemingly has no logical reason for being in a hotel room a few miles from his home with a teenage boy to whom he has no reported relation.

KFOR reported that Shortey “has not been arrested or charged with a crime, although police are investigating to determine if anything criminal has occurred.”

Last year, Senator Shortey voted for an extremely discriminatory bill that would have barred trans Oklahomans from using public restroom facilities that matched their gender identity, and would have unfairly and incorrectly stigmatized them as predators.

If the allegations insinuated by the police investigation and the NewsOK report prove true, this appears to be another case of a straight-male anti-LGBTQ legislator being caught in a criminal and predatory act with an underage child.

The age of consent in Oklahoma is 16.

"We want to be clear, if the allegations against Senator Shortey prove true, this is not a gay issue," said Troy Stevenson, Executive Director of Freedom Oklahoma. "These accusations are of child abuse and pedophilia. This is not the first time that an anti-LGBTQ legislator has proven to have a deep dark secret of their own. We will wait for the investigation to be completed before commenting on the charges, but right now our thoughts and prayers are with the young man who appears to be the victim in this situation."

Oklahoma Democratic Party Chair Mark Hammons made this statement, "While a final resolution should await completion of the police investigation, Sen Ralph Shortey owes it to his constituents and all taxpayers to suspend himself from all official activities. This is far too embarrassing to have him speak, vote or represent Oklahoma on any issue."

“The Oklahoma Republican Party takes all accusations against elected officials seriously, especially when the welfare of a minor is involved. We have reached out to Senator Shortey for comment and have not heard back from him at this time. We await the report from law enforcement on whether charges will be filed," said Pam Pollard, Chairman Oklahoma Republican Party.

Shortey has been a member of the Oklahoma Senate since 2010. He graduated from West Moore High School in 2000, and following graduation he attended Heartland Baptist Bible College in Oklahoma City in preparation for mission work in Uganda.

(Freedom Oklahoma contributed to this story)