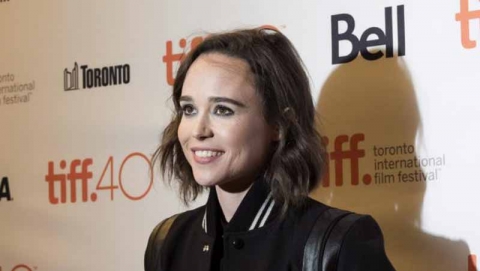 The film is set to begin production in Ireland later on this year. (Ap photo)

Ellen Page is coming back to the big screen, this time for a zombie movie.

However, this film is not your average World War Z, or Walking Dead. The Third Wave introduces a concept that is completely new to the zombie horror genre.

The Third Wave is from writer-director David Freyne and it examines what happens when a cure is found and people return from their undead state.

‘The cured are haunted with the memories of their actions while infected,’ states a press release about the film.

‘The dream of reintegration has failed with a two-tiered society emerging. Many cured are shunned by their remaining families, while others hold a deep bitterness over the controls placed on them.’

The government decides to eliminate ‘the resistant’ which leads to the rise of a terrorist movement that plunging the country into chaos again.

The film is set to begin production in Ireland later on this year.