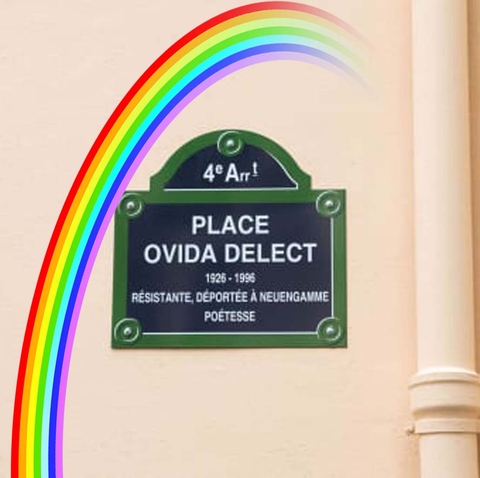 Paris has renamed three squares and one street to mark the 50th anniversary of the 1969 Stonewall riots, dedicating them to LGBTQ icons.

One square was named Stonewall Riots Square, in recognition of the uprising by New York's LGBTQ community in response to a police raid at Greenwich Village's Stonewall Inn.

A second square was dedicated to poet and Communist activist Ovida Delect, a French transgender woman who was deported to a German concentration camp during World War II for her work with the French Resistance.

Another was named after San Francisco Supervisor Harvey Milk, California's first openly gay elected official, who was assassinated while in office.

Paris also renamed a street for gay Holocaust survivor Pierre Seel, who was interned in a German concentration camp because of his sexuality and became an activist after the war.

The move follows a 2017 report by politician and activist Jean-Luc Romero-Michel, which provided 52 recommendations, including renaming key places, "to turn Paris into the capital of LGBTIQ rights and LGBTIQ-friendly tourism in the world."

Plaques bearing the new names, in Paris' 4th arrondissement, were unveiled in ceremonies on June 19.

In the renamed Stonewall Riots Square, a plaque commemorating Gilbert Baker, the American artist and LGBTQ activist who designed the rainbow flag, was installed.

Guillaume Melanie, co-president of LGBTQ charity Urgence Homophobie, posted a video of the Harvey Milk sign being unveiled, writing: "Paris, an example to follow for making LGBTI personalities that have left their mark on history part of French cultural heritage. An important step."