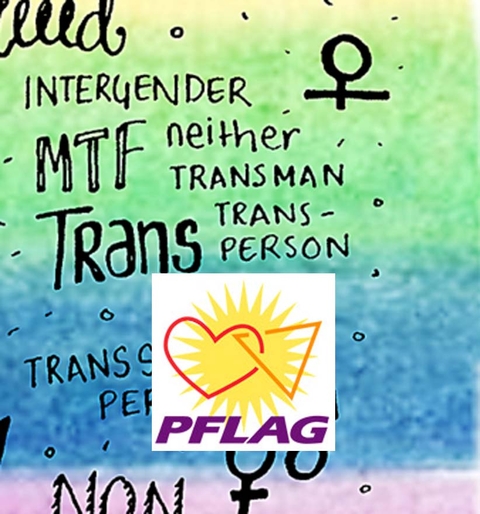 “There is a crisis in this country, an epidemic of violence against transgender people...it’s unacceptable, and it must stop.”

PFLAG National—the first and largest organization for lesbian, gay, bisexual, transgender, and queer (LGBTQ+) people, their parents and families, and allies—today released a new policy statement decrying the epidemic of violence and discrimination against transgender people, especially Black transgender women, and recommitting to taking significant action in support of the trans community.

“For more than 20 years, Transgender Day of Remembrance (TDOR) has been an opportunity to commemorate those lives taken by senseless violence,” said Marilyn Willis, a member of the PFLAG National Board of Directors. “As the parent of a black transgender woman, I demand justice for those lost and for the community-at-large to support the leadership of trans women of color to end this epidemic of violence.”

PFLAG National President Kathy Godwin emphatically agrees with Willis, stating, “There is a crisis in this country, an epidemic of violence against transgender people, especially Black transgender women. PFLAG’s mission has been transgender-inclusive since 1998, but in the intervening years, anti-transgender violence and discrimination have reached an all-time high. We must all recommit ourselves to doing the work to combat this violence, and to address the root causes—racism, sexism, misogyny, the lack of education about gender identity and expression—of this oppression and harm.”

In support of the statement—and in honor of TDOR—PFLAG chapters across the country are sharing a memorial elevating the names of the transgender and gender-expansive people in the United States whose lives were tragically taken by violence in 2019. As of November 20, 29 transgender and gender-expansive people have been murdered, including one who was killed several years ago but was only identified this year.

Willis spoke about PFLAG’s renewed commitment to transgender and gender-expansive people. “We must fight for non-violence and non-discrimination, strive to create an inclusive society, and continuously advocate for trans people of color in every aspect of their lives (i.e. health, work, relationships and home).

We must seek accountability for those who do harm against trans women of color due to transphobia, racism, and misogyny. Let us all boldly show our love and support and give more attention to the leadership, wellness, and livelihood of those most impacted by this epidemic. If you have a genuine love for all human beings, then you believe that all lives are precious and deserve the right to thrive in the world free from ignorance and intolerance.”

The PFLAG National Board of Director's policy statement on anti-transgender violence and discrimination can be found at pflag.org/policystatement.

PFLAG is the first and largest organization for lesbian, gay, bisexual, transgender, and queer (LGBTQ+) people, their parents and families, and allies. With over 400 chapters and 200,000 members and supporters crossing multiple generations of families in major urban centers, small cities, and rural areas across America, PFLAG is committed to creating a world where diversity is celebrated and all people are respected, valued, and affirmed. To learn more, visit pflag.org.