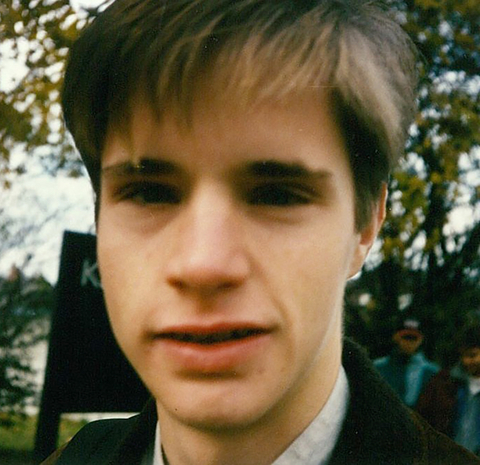 Matthew Shepard died in 1998 after one of the most notorious and brutal anti-gay crimes in the US. Two decades later, he is being honored through a memorial plaque installed at the Washington National Cathedral.

A memorial plaque for Shepard was installed Tuesday at the Episcopal cathedral, which is known for its historic inclusion of LGBTQ people in the church. His remains were interred there last year.

The plaque notes his final resting place in the columbarium near the Chapel of St. Joseph of Arimathea. It also includes words from Bishop Gene Robinson's homily last year: "Matt, rest gently in this place. You are home safe now."

"We've given much thought to Matt's final resting place, and we found the Washington National Cathedral is an ideal choice, as Matt loved the Episcopal church and felt welcomed by his church in Wyoming," his mother Judy Shepard said in a news release. "For the past 20 years, we have shared Matt's story with the world. It's reassuring to know he now will rest in a sacred spot where folks can come to reflect on creating a safer, kinder world."

Shepard died when he was 21 from injuries after he was attacked and left in a field during a hate crime. His death sparked outrage and led to years of advocacy and action in the LGBTQ movement.

In 2009, the Matthew Shepard and James Byrd Jr. Hate Crimes Prevention Act made it a crime to commit violent acts against people because of their religion, national origin, gender, sexual orientation, gender identity, or disability.

On Monday, a day after what would have been Shepard's 43rd birthday, the Washington National Cathedral and the Matthew Shepard Foundation honored his legacy through a dedication ceremony.

"People around the world gave generously to make this memorial possible," his mother said in a news release. "We're grateful for each gift that created this beautiful plaque that now marks Matt's final resting place. We hope this will be a place that forever offers solace and strength for all who visit."

Over the past year, visitors have come to the chapel to honor Matthew Shepard by leaving notes, flowers, candles and other mementos that are preserved in the cathedral archives, a cathedral spokesperson said.

"Finally, Matthew is home and he is safe," the Very Rev. Randolph "Randy" Marshall Hollerith said in a statement. "Matthew's indelible legacy and the enduring strength and courage of his family and loved ones serve as a guiding force for all of us in how to confront bigotry by fostering greater love, acceptance and embrace of people of all backgrounds, gender identities and sexual orientations."