Powerful documentary depicts coming out in the Bible Belt 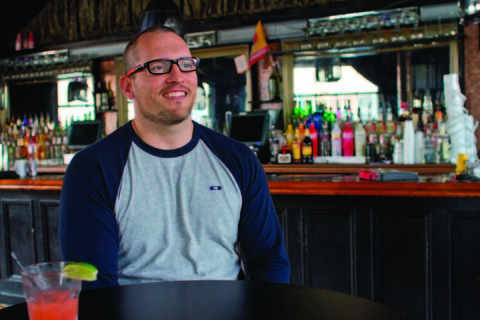 Burt Humburg, MD in an interview on the set of “Out Here In Kansas”. Photo provided.

Premieres at Roxy’s in downtown Wichita on October 4th, National Coming Out Day
By Robin Dorner
Editor in Chief

“Kansas. It’s pretty flat, it’s pretty windy and it’s right smack in the middle of the United States. We eat a lot of meat and potatoes and we grow a lot of wheat.

“We are tough on each other. Especially when it comes to religion and church. I should know. I have been going to church in Kansas most of my life.”

That’s just a part of the intro to Out Here in Kansas, a new documentary just released. It’s about lovin’ the Lord, family, football and being gay. All the things Kansans love. Well, except that last one.

Kansas is a blue collar, red state. The last time Democrats controlled the Kansas Senate, “we didn’t even have refrigerators or radios in our homes,” Out’snarrator and director/producer Adam Knapp says.

Knapp met the subject of his documentary, Burt Humburg, when he was a journalist covering high school sports.

Humburg was a star football player born in Kansas. He attended high school at Andover, Kansas and, according to Coach Monty Lewis at Southwestern University, he remains one of the “top five players of all time” from that college.

However, during college, Humburg experienced something…it made him feel “horrified.” Because you see, in Andover and in towns just like it all over Kansas, people believed what they heard on Sunday mornings and this “thing” he experienced would not bide well to those Sunday morning church folk.

Humburg explains, “This friend pulled down his pants to ‘moon’ a lady and I became secretly sexually excited. I was drunk so I couldn’t do my usual mental exercises to put my mind elsewhere. I was horrified about it.

“I stumbled out to the 50-yard line and cried my eyes out, rededicated my life to God.”

But soon after, Burt decided to open his mind to the idea that he was gay. He came-out, first to his mom, then Coach Lewis, who was like a father figure to him. 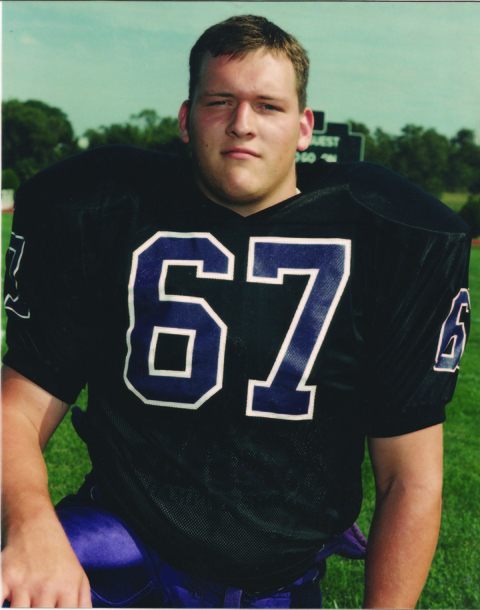 From there, the weeks were rough and people were not kind.

Humburg and Knapp attended the same church. On Sunday mornings, they were accustomed to hearing Pastor Joe Wright preach sermons like this:

“Heavenly Father. We come before to you today to ask your forgiveness. And seek your direction and guidance…we have lost our spiritual equilibrium and inverted our values...

“We know that people have been struggling with homosexuality for centuries. For some reason in this generation in which we’re living, they have decided to come out of the closet and demand rights.

“This young generation of children growing up, I don’t know where they’re going to be when they reach adulthood. I mean, half of them are gonna be thinkin’, ‘You know, I might be gay, maybe I need to consider that.’ Maybe the guys who can’t get a date, “Maybe my problem is, I’m fishin’ in the wrong pond.’”

Yep, that was the pastor both Humburg and Knapp listened to for years. Yet they still speak highly of him.

“Well, I love Pastor Joe and I know he loves me,” Knapp said. “And I believe he loves gay people, too. Your readers might scoff at that, because Pastor Joe has spent a lot of time and energy preaching against homosexuality. Without question, he believes practicing homosexuality is a sin. He will tell you that it's abundantly clear that's what it says in the Bible. and he wants to preach God's word as it was written.

“The documentary just wouldn't have been the same without him.”

Knapp said he believes Pastor Joe is a man of integrity who tries to do what God wants him to.

“I don't agree that being gay is a choice,” Knapp added. “And I've told him [Wright] that, but my opinions haven't damaged our relationship. Knowing we disagreed, Pastor Joe still put complete faith in me to be a part of the documentary, even when people around him were telling him to be careful.

“Whether you agree with Pastor Joe or not, I don't think anyone can say his heart isn't in the right place. And I think that's obvious when you watch our documentary.”

In closing, Knapp said, “Every time I watch the closing credits of Out Here In Kansas, I get emotional seeing the names of all the people who helped us. It's humbling to know that many people believed in what we were doing. We didn't have any money, and we still don't, but we do have a powerful film that can change people's lives in just a half hour. With the exception of raising two kids, it's the most important thing I've ever done.

In fact, fellow Kansan Melissa Etheridge makes a cameo appearance in the documentary. 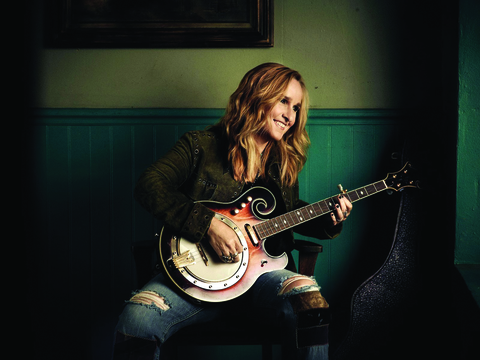 The documentary is amazing. You might be surprised how it ends. I was.

Burt Humburg is now 41-years-old. He is a physician who practices medicine in Mason City, Iowa.

Out here in Kansas premieres at Roxy’s in downtown Wichita on October 4, national Coming Out Day, then at the Kansas International Film Festival November 4-10 at the Glenwood Arts Theater in Overland Park, KS.

For information about this film, visit www.outhereinkansas.com.