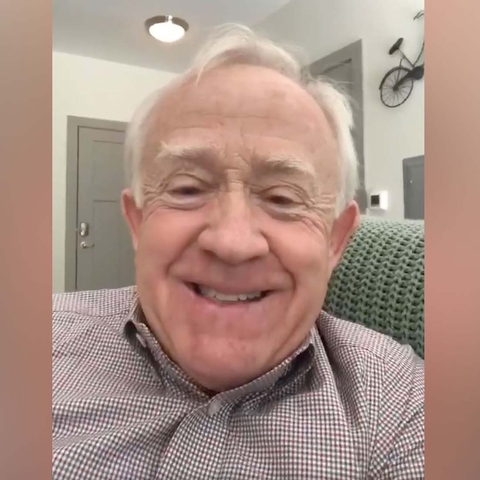 Can we start a movement now to get Leslie Jordan a special Emmy or some type of recognition for how he's helping us get through this quarantine?

The actor, known for his work in so many shows, including on "America Horror Story" and "Will & Grace," has been posting videos on his verified Instagram account that cover everything from how he's trying to survive staying at home to stories about his interactions with fellow celebs.

With his Southern drawl and penchant for spinning a good yarn, the soon to be 65-year-old has been entertaining us and seemingly himself while self-isolating in his hometown of Chattanooga, Tennessee.

Some of his language may only be for grown folks, but while Jordan is working blue he's also helping his more than 2.1 million followers keep the blues of being stuck at home at bay.

Jordan also claimed to have once been locked up for drinking many years ago.

As his story goes, a guard took pity on how much Jordan disliked incarceration and informed him that they had Robert Downey Jr. (who decades ago made headlines for a few brushes with the law) in custody and would be releasing Jordan and giving Downey Jr. his bed.

"Pod A, cell 13, top bunk," Jordan recalled. "I feel responsible for most of Robert Downey Jr.'s success. Honey, I gave him a bed."

Jordan's beloved mama also factors into his stories, including one in which during a road trip with his twin sister, his mother debated with his sibling over the pronunciation of the Florida city Kissimmee.

"They stopped for lunch and mama asked the girl, 'Where are we we, how do we pronounce it," he says in the video. "That girl said 'BUR-GER King.' Y'all think I made that up. You can't make this s*** up."
Don't expect Jordan to run out of material anytime soon.

He recently told the Washington Post he returned to Chattanooga on family business and decided to stay to shelter in place in light of the pandemic.

"I would much rather be hunkered down with my family," he said.

"My mother is 94, I have an identical twin sister -- it's like a Tennessee Williams play. We're all here," he said. "I took a little place nearby, an Airbnb nearby, because I thought, 'I cannot, at 65, move back in with my mother.' So in the evenings I come over here."