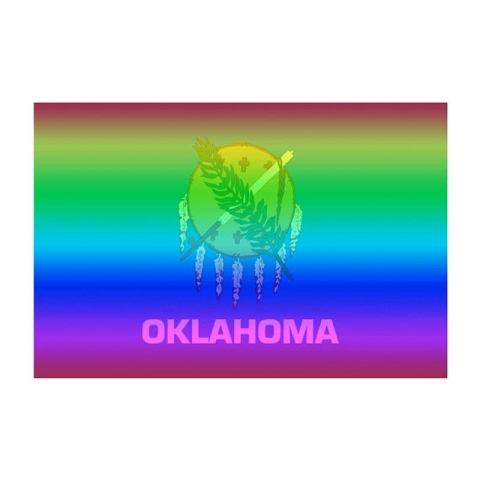 ‘These vile attacks are shameful, far reaching, and would no doubt be incredibly destructive to this great state," HRC said, referring to anti-LGBTQ legislation introduced in Oklahoma.

Reaction to the more than two dozen anti-LGBTQ bills introduced in the Oklahoma legislature was swift Tuesday, according to Towlerroad.com. The website reported that the number of bills in Oklahoma would “appear to eclipse the roughly 23 anti-LGBT bills that were filed in Texas last year.”

They continued, saying, “Of course, some of that depends on what you consider “anti-LGBT” versus just plain “anti-logic.” For example, one Oklahoma bill would require people to test negative for syphilis and “other communicable or infectious diseases” to obtain marriage licenses. The Human Rights Campaign and Freedom Oklahoma are counting that bill, SB 733, as anti-LGBT.”

The Human Rights Campaign (HRC) issued a statement condemning the anti-LGBT bills. “’Oklahoma is regrettably leading the nation in the number of bills attacking LGBT people, their families, and visitors in the 2016 legislative session,’ said HRC Legal Director Sarah Warbelow. ‘These vile attacks are shameful, far reaching, and would no doubt be incredibly destructive to this great state – resulting in multiple, expensive legal challenges and a greatly damaged reputation. Oklahomans across the state must stand up and demand their lawmakers stop these attacks on fairness and equality.’”

“Most of the discriminatory Oklahoma bills have become standard fare by now: proposals to undermine marriage equality, give businesses and other entities a license to discriminate against LGBT people based on religious beliefs, and bar trans people from using public restrooms according to their gender identity,” says Towleroad.

Oklahoma is not alone in the push to introduce anti-LGBTQ legislation. HRC released a report in early January about the prospect for such legislation around the country.

Noting that there were more than 115 pieces of legislation proposed in 2015, the gay rights organization expects such legislation, some carried over from last year and some new in 2016, to be filed in at least 27 states.

The picture across the country is not all bleak. The HRC report says pro-equality legislation is likely to be introduced in at least eight states – Nebraska, Ohio, Pennsylvania, Arizona, Idaho, Florida, Indiana, and Michigan.

In addition, the report says, “In Massachusetts, lawmakers will continue trying to pass a bill to add gender identity protections to existing state laws that already include protections against discrimination on the basis of sexual orientation in public accommodations. A similar proposal in New York is not expected to advance in the current legislative session following Governor Andrew Cuomo’s executive action in 2015.

Advocates in Georgia and a handful of other states are working to pass more limited protections against discrimination in particular areas, such as public-sector employment.

At present, only 19 states and the District of Columbia have protections for LGBT people based on sexual orientation. Some, but not all, prohibit discrimination based on gender identity.

To see a list of the bills introduced in Oklahoma, visit http://www.gayly.com/nationally-unprecedented-slate-25-discriminatory-bills-filed-oklahoma.

Watch The Gayly, its website www.Gayly.com, and our Facebook page – The Gayly – for coverage of both the Oklahoma legislation, and LGBTQ developments across the nation and the world.