The relief of 20 years of secrets 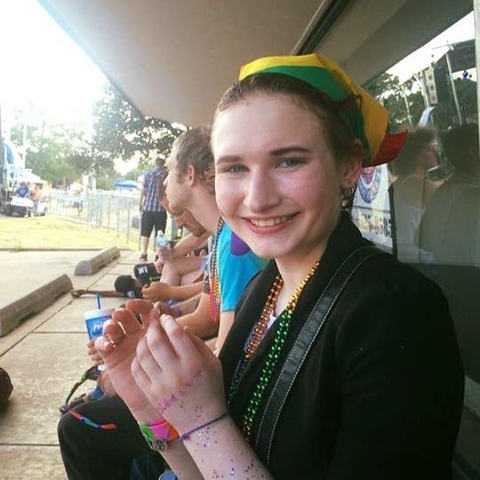 When you’re told by the people that are teaching you, whether directly or indirectly, that you are an “abomination,” something less, from a young age, you are likely to come to believe it.

I came out early, nine years-old to be exact, but that wasn't going to be the end of my journey, instead it only turned out to be the beginning.

As a fourth grader I came out for the first time as bisexual, first to my parents and then to my classmates. I was different and somehow straight just didn't work for me, it felt wrong. Needless to say, the Catholic school that I was attending at the time wasn't very enthusiastic about the news.

While not directly targeted I did lose friends because of my orientation, telling me I was too clingy or made them uncomfortable. I wasn't very good at interpersonal relationships to begin with so to lose them in this way was more than devastating.

Then, in middle school we began to learn about relationships and what God wanted from us as young Catholics. That was where it truly began to sink in that being gay wasn't just something people thought was wrong, it was something people hated.

The bullying, internalized homophobia and my own anxieties became so great that there were times I was sent home to recuperate before being allowed to return to school.

My life was threatened multiple times not just for being gay, but for being different.

Things seemed to begin to look up in high school but then my troubles began again. A female friend stopped speaking to be because she didn't want risk me developing feelings for her. A teacher of mine began telling students’ parents I was a lesbian, which I had not even begun to identify myself as yet.

In fact, the place I believed would be my sanctuary became my hell and it didn't help that I almost obsessively was dating boys through the entire time. While I knew I held no attraction to them, I felt I had to keep up this charade as the fun, party-loving bisexual. And it was draining me.

I had a breakdown my second year of college, and when I say breakdown I mean self-medicating, hitting my head against the wall, bursting into tears honest-to-Jesus breakdown. I had to fight tooth and nail to claw my way out of the place I had found myself in. But I did.

It was during the end of this battle that I met a girl. It was January, we were at a party and she was wearing a white wig that clashed beautifully with her bright eyes.

Her name isn’t important; all you need to know is that she made a major impact on my life. We made a go of it; it didn’t work out, as most relationships don’t, and we parted ways for the better. Yet, when I left, I knew I had been changed.

I had gotten a taste of the relationship I wanted, what I was actually interested in, what I wasn’t. I played it cool for few weeks, and then, one spring morning at 8 a.m. after a night of wakeful thinking, crying and internal debate, I put out the mother of all Snapchat stories and an impulsive Facebook post reading “I’m a lesbian.”

I called my mom after that and I remember her sigh, saying I couldn’t do anything quietly but, also, that she loved me. She accepted me just the way I was, and “how was I doing in school?”

I remember crying like a baby, which is usually something I reserve for dead pets and the series finale of Buffy. But, these tears are different.

These aren't tears of grief or victory, they're tears of relief. It was the relief of 20 years of secrets and internalized hatred being lifted from my chest. And now, I can finally breathe freely.