RuPaul: The Queen of Drag 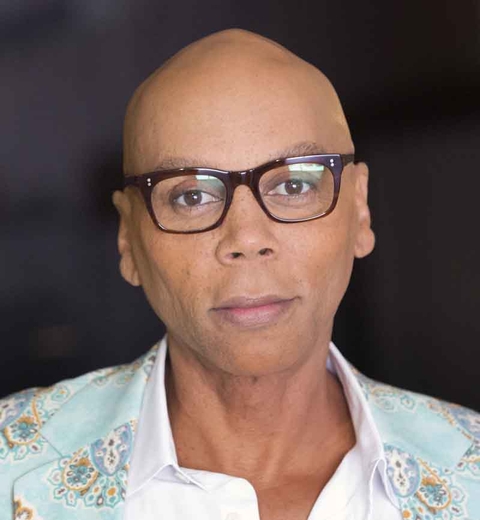 RuPaul Andre Charles was born in San Diego, in 1960, to parents he described as hillbillies from Louisiana. RuPaul says that a psychic told his mother that her son would be a star.

Before RuPaul’s stardom, drag was a subculture, an artform that lived in nightclubs, celebrated within the LGBTQ community.

But to outsiders, ‘drag queen’ was often confused with what it meant to be transgender. His career began in 1980s Atlanta on a drag-led public access variety show. He moved to New York. In 1989, RuPaul was crowned the Drag Queen of Manhattan, an underground victory – but he wanted to be known. His 1993 single Supermodel Better Work took him there.

RuPaul disrupted the beauty industry when in 1994 he became the first drag queen to land a major campaign, Matte Eva Glam Lipstick. Proceeds went to help fight the AIDS epidemic. In 1996, the RuPaul show premiered on VH1. The star-studded variety show was one of the first national American TV programs with an out host, but he honed his message on the power of drag with RuPaul’s Drag Race, which just wrapped its 11th season.

Drag Race has shown the world a diverse group of queens and has helped propel conversations about identity, about self-worth, and about LGBTQ+ issues – and, it has established a platform for language that the world is catching up to. His influence has attracted guests who range from pop star Lady Gaga to politics Nancy Pelosi.

Multiple Emmys, albums, book deals, magazine covers, podcasts, and shows, have cemented RuPaul’s icon status. But, he clarifies, drag will never be mainstream. He calls himself a shapeshifter. Whether the look is glamazon or classic suits and thick-framed eyeglasses, Ru’s message remains the same: “Everyone in this audience is drag. You’re born naked, and the rest is drag.”

Story from video, RuPaul Charles, The Queen of Drag via CNN.