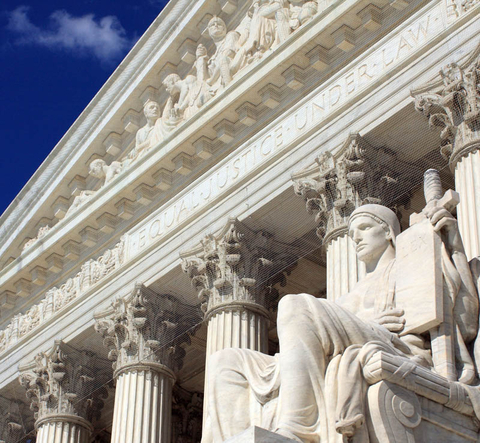 The Supreme Court agreed Monday to hear an appeal by a Catholic foster agency that argues it's in danger of losing its government contract because it refuses to recruit or certify same-sex couples as potential foster parents.

The case which raises significant religious liberty issues will be heard next term and comes after Justice Anthony Kennedy, who often ruled in favor of LGBT rights, was replaced on the bench by Justice Brett Kavanaugh, who is considered to be more conservative on the issue. Supreme Court experts believe that Kavanaugh and Justice Neil Gorsuch will work to expand religious liberty rights under the Free Exercise clause.

If the court were to modify or gut precedent in this area it would be a major victory for supporters of religious freedom and a sign that the court -- bolstered by two of Trump's nominees -- is poised to turn to the right on these issues.

"This case could be the blockbuster of the court's term that starts this October, because it asks the justices to revisit a landmark -- and controversial -- 1990 ruling about the interaction between religious liberty and neutral anti-discrimination laws, said Steve Vladeck, CNN Supreme Court analyst and professor at the University of Texas School of Law.

"For three decades, the court has held that neutral government laws that incidentally burden religious exercise are not unconstitutional. But if the court overturns that decision, it could have enormous consequences, especially for the applicability of anti-discrimination laws to LGBT individuals," Vladeck said.

Catholic Social Services is a religious non-profit affiliated with the Archdiocese of Philadelphia that provides foster care services in the city. It is one of 30 foster care agencies that has a contract with the city that is renewed on an annual basis. When a child in need of foster care enters the city's custody, the child is referred, by Human Services, to one of the foster care agencies. That agency chooses the appropriate foster parent for the child. The contract includes language prohibiting agencies from discriminating on the basis of race, color, religion or natural origin as per the city's Fair Practices Ordinances.

The dispute arises because Catholic Social Services is unwilling to work with LGBTQ individuals as foster parents. The policy was brought to the attention of the city in 2018 after inquiries from a local newspaper, and soon after the government put a freeze on the contract. The group brought suit.

The city of Philadelphia argued that Catholic Social Services -- which receives federal funds -- was in violation of Philadelphia's non-discrimination policy.

A federal appeals court ruled in favor of the city, holding that the policy is a "neutral, generally applicable law, and the religious views of the [Catholic Social Services] do not entitle it to an exception from that policy." The court held that the foster agency "failed to make a persuasive showing that the City targeted it for its religious beliefs, or is motivated by ill will against its religion, rather than sincere opposition to discrimination on the basis of sexual orientation."

The court said that the city acted in "good faith" in its effort to enforce its laws against discrimination.

The Catholic charity, represented by the conservative Becket Fund, says that it has served the city for over 100 years and that no same-sex couples had sought foster-care certification from the agency. They say that the city's actions place "unconstitutional conditions" on the group's First Amendment activities and threatens to deny future contracts unless the agency "does and says things it believes it should not" out of its religious convictions.

Lawyers for the agency argue the city's actions are "baseless, discriminatory and entirely unnecessary."

"I'm relieved to hear that the Supreme Court will weigh in on faith-based adoption and foster care," Lori Windham, the senior counsel at Becket, said in a statement. "Over the last few years, agencies have been closing their doors across the country, and all the while children are pouring into the system. We are confident that the Court will realize that the best solution is the one that has worked in Philadelphia for a century -- all hands on deck for foster kids."

A lawyer for the city said Philadelphia is "proud" of a longstanding commitment to supporting freedom of religion and preserving equal access to services for all people.

"The City believes that the ruling from the Third Circuit affirming the City's ability to uphold nondiscrimination policies was correct and will now prepare to demonstrate this to the U.S. Supreme Court," city Solicitor Marcel S. Pratt said in a statement after the court agreed to take up the case.

"This case is ultimately about serving the youth in our care, and the best way to do that is by upholding our sincere commitment to the dignity of all people, including our LGBTQ community," Pratt said.

Lawyers for the ACLU, which is involved in the case, said it could have "profound consequences" for the more than 400,000 children in foster care across the country.

"Allowing foster care agencies to exclude qualified families based on religious requirements that have nothing to do with the ability to care for a child" would make matters worse, Leslie Cooper, the deputy director of the ACLU's LGBT and HIV project, said in a statement.

"When agencies choose to accept taxpayer dollars to provide this critically important government service to children, the needs of children must come first," Cooper said.

This story has been updated.