Scouts face pressure before May vote on no-gays policy 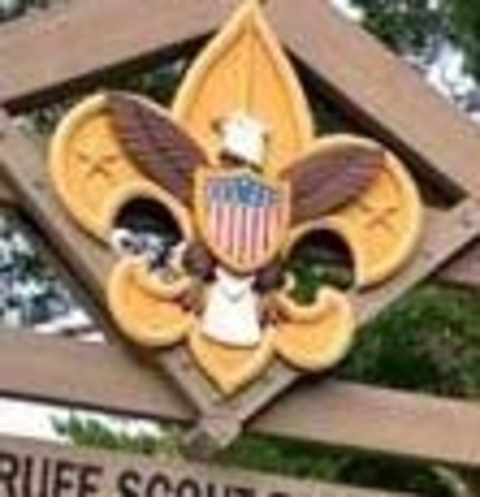 It promises to be a campaign as passionate and dramatic as any big election. For the next 14 weeks, the Boy Scouts of America will be the focus of prayers, petitions and pressure tactics aimed at swaying a vote on whether to ease its ban on gays as Scouts or adult leaders.

The decision will be made the week of May 20 by the roughly 1,400 voting members of the BSA's National Council. The policy was supposed to be settled Wednesday by the Scouts' 70-member national executive board, but the board concluded the issue was so complex that the organization needed more time to study it.

At stake is a proposal to ease the ban by allowing sponsors of local Scout units to decide for themselves whether to admit gays. Gay-rights groups say the plan is inadequate, and that no units should be allowed to discriminate. Some conservative religious leaders and advocacy groups want the ban to stay in place nationwide.

Both sides are girding for intensive lobbying between now and late May, hoping to influence the outcome.

"Keep the pressure on," was the message Thursday from the Gay & Lesbian Alliance Against Defamation to its supporters.

GLAAD, which has been active in several recent campaigns opposing the ban, provided information on how to telephone or email BSA headquarters and offered suggestions for how to advocate using Twitter and Facebook.

"Take action!" GLAAD exhorted. "Send a message to the Boy Scouts that we won't rest until they end the ban."

The Human Rights Campaign, a major gay-rights group, said it will caution the BSA's corporate donors that they would lose points in an annual "equality index" if they continued to support the Scouts as long as any units were allowed to exclude gays.

Similar campaigns were being waged by conservative groups seeking to keep the ban in place.

"This is far from over," wrote Tony Perkins of the Family Research Center in an online message. The center "will continue in our efforts to help the BSA stand strong against the corporate executives and activists who care more about conformity than character."

Perkins said the efforts would include outreach to Scouting parents, liaisons with religious denominations that sponsor Scout units and an extension of an ongoing campaign to flood BSA offices with calls and emails.

Several other conservative groups have joined in an online campaign calling for the resignation of BSA executive board member Randall Stephenson, the CEO of AT&T, who said last year he would try to move the Scouts away from the ban on gays.

"It seems Stephenson's mission is to destroy the Boy Scouts of America from within," said the American Family Association. "As an executive board member, he is using his corporate influence to bully the BSA into gay assimilation."

Under the executive board's timetable, Stephenson is set to become its chairman in 2014. An AT&T spokesman, Mark Siegel, said neither Stephenson nor the company had any public comment about the BSA membership debate.

While the executive board includes several high-powered business executives and civic leaders, the national council is more reflective of Scouting's nationwide grassroots. Members include regional presidents and representatives of the Scouts' 290 local councils.

Given the impassioned views on two sides of the debate, the BSA risks alienating large segments of the national Scouting community no matter what the decision is in May.

Ian Mitroff, who runs a crisis-management consulting firm and is an adjunct professor at the University of California-Berkeley, said he would advise the BSA to move toward an easing of the ban.

"More and more in our society, people are saying, 'We're not going to put up with inequality of any kind,'" he said.

But he acknowledged the risk of a backlash from those who oppose any change. "You're going to have a PR problem, no matter what," Mitroff said.

About 70 percent of all Scout units are sponsored by religious denominations, including many by conservative faiths that have supported the ban, including the Roman Catholic Church, the Mormon church, and the Southern Baptist Convention.

Frank Page, president of the SBC's Executive Committee, was relieved that the BSA had delayed a decision.

"At least this gives all segments of the Scouting family an opportunity to express their views," he told Baptist Press, the SBC's official news agency.

The Mormons are the largest sponsor of Scout units, with more than 420,000 boys in nearly 38,000 units, according to BSA figures. While the Church of Jesus Christ of Latter-day Saints has supported the ban on gays, it has made no official statement about the proposal that would give troop sponsors leeway to set their own policy.

"We caution others not to speculate about our position," Mormon church spokesman Michael Purdy said. "Neither has the church launched any campaign either to affect or prevent a policy change."

On the liberal side of the religious spectrum, a leader of the Reform branch of American Judaism released the text of a letter to BSA President Wayne Parry, urging the ban on gays to be lifted nationwide. Reform synagogues have been discouraged from sponsoring units since 2001 because of the ban.

"We look forward to the day we can encourage our congregations to return to their historical role in hosting BSA troops," wrote Rabbi David Saperstein, director of the Religious Action Center of Reform Judaism. "Indeed, we hope that day may be soon."

In Houston, civil rights lawyer and scoutmaster Bill Helfand worries that the eventual outcome might fracture the Scouting movement.

"Whatever decision is made, there will be people absolutely certain it is wrong," he said. "I hope Scouting doesn't suffer for whatever the decision is, because it is the boys who will suffer."

Helfand says his Troop 55, one of the country's largest with 225 Boy Scouts, will abide by whatever rules the BSA leadership sets, but he hopes the end result is a uniform policy for all Scout units.

"I don't think it's productive for Scouting's goals to have different rules for different troops," he said.

"It's important for gay groups to keep the pressure up ... but the Boy Scouts may have done the right thing for now," he said. "If they need more time to get people on board with the new policy, I'm fine with that. Getting it right is more important than getting it fast."