Shrek comes to The Pollard 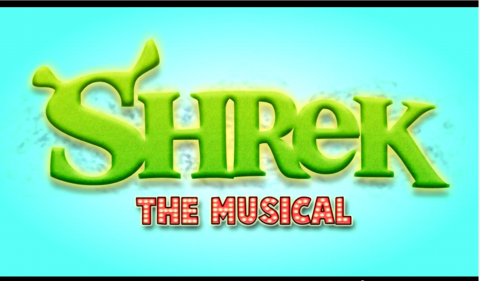 The Pollard Theatre Company has assembled a Shrektacular cast for "Shrek: The Musical."

Everyone's favorite ogre comes to life in Shrek: The Musical, at The Pollard Theater, April 24 – May 23, marking the fifth production of the company's 28th Season. Shrek: The Musical is part romance, part twisted fairytale, and all irreverent fun for the entire family!

Based on the Oscar winning DreamWorks film, Shrek brings the hilarious story of everyone's favorite ogre to dazzling new life on the stage. In a faraway kingdom turned upside down, things get ugly when an unseemly ogre — not a handsome prince — shows up to rescue a feisty princess. Throw in a donkey who won't shut up, a Lord with a short fuse, a cookie with an attitude and over a dozen other fairy tale misfits, and you've got the kind of mess that calls for a real hero. Luckily, there's one on hand...and his name is Shrek.

The Pollard Theatre Company has assembled a Shrektacular cast of 21 seriously skilled performers ages 10 through adult lead by Doug Ford as Shrek, Gwendolyn Evans as Princess Fiona, Nigel Hall as Donkey, and Charlie Monnot as the diminutive Lord Farquaad.

"The world of Shrek is both wonderfully unique and incredibly specific and that is one of the biggest challenges this show presents. The audience knows this story; they've seen the film a lot, especially children, so it's important to create a world that provides a seamless transition from the film to this live theatrical event," explained Stevenson. "So, to meet the show's multitude of challenges, we are mining our collective creative abilities to give the audience everything they need to invest in this fantasy world. Everything from Pinocchio to a Dragon, which we are creating from concept to execution.

“Shrek's adventure is also an Ogre sized production." Packed with comical and heartfelt songs including Big Bright Beautiful World, Story of My Life, What I’d Be, and Freak Flag, this new musical is sure to keep you enchanted all evening long.

Presented by Kerry and Leslie May and Dr. Jim & Theresa Dewhurst, Shrek: The Musical began its run April 24 and continues through May 23 at the Pollard Theater. Tickets are $27.25 with senior, military, and student discounts available. Performances are Fridays and Saturdays at 8pm, Thursdays May 7, 14, and 21 at 8pm and Sundays May 3, 7, and 17 at 2pm.

The Pollard Theatre Company is produced with additional support from the Oklahoma Arts Council, National Endowment for the Arts, the Kirkpatrick Foundation and the Inasmuch Foundation.