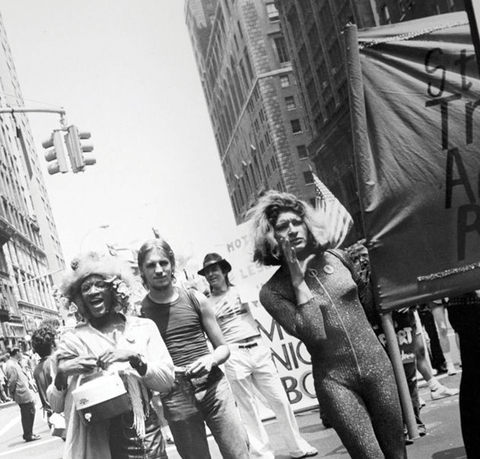 Okay, okay. So, we don’t have to throw shoes at bigots anymore to get our equality points across. But 50 years ago, they did. And on June 28, 1969, Marsha P. Johnson, a bold African American trans woman, decided enough was enough and threw a high heel shoe at police officers who were beating and bashing the LGBT+ who were simply out and about trying to have a good time.

You see, it was illegal for gay bars to exist and for people of the same gender (mostly men) to be affectionate in public. The mafia provided a spot for them to drink and dance but really didn’t protect them and watered down their damn drinks.

Sylvia Rivera, a Latina trans woman, also helped whoop some bigot butt that night. I am proud it was women of color set the match for the 1st Pride and over the last 50 years pride celebrations have reached many parts of the United States and even to small towns. As a matter of fact, Duncan, OK just celebrated their inaugural Pride event!  Today black queers have made strides that would make all the pioneers proud.

My friend Sara Cunningham, founder of Free Mom Hugs, said something important about how to get more people to affirm LGBTQ+ people. She said the message of affirmation must come from the pulpit. Her statement could not be truer especially in the African American community where too often bigotry is allowed in the name of Christianity. We could lessen suicide attempts, self-harm, drug abuse and low esteem.

Thankfully we have many black queer role models for the youth to look up to such as actress Lena Waithe and newly elected Mayor Lori Lightfoot who broke many barriers by being the first African American woman and LGBTQ+ person to become mayor of Chicago.

Singer Janelle Monae gives us pansexuality and has an open relationship with Lupita Nyong’o. Many of us had no idea Lupita was down with the ladies. I am not sure if she is bi or a lesbian. To have a black queer Oscar winner not be ashamed or afraid to let the world know she is among the LGBTQ+ community is great.

We have come a long way since 1969, but visibility, equality and acknowledgment are still issues for brown and black queer folks inside and outside the LGBTQ+ community. It took people of color causing a ruckus and fighting to get this equality celebration rolling.

Many of us did not know trans women of color started the fight at Stonewall until many years into our activism or coming out.

So many times, people of color get overlooked for their accomplishments. Hell, they made a movie entitled Stonewall that gave credit to a white gay twink for the very acts of Marsha and Sylvia.

With that said, never stop representing. Never doubt yourself. Never give up. Oh, and slay! Always slay. From throwing shoes to saying, “I do,” Happy 50th Anniversary to you.