Teens use less pot when it's legal, study finds 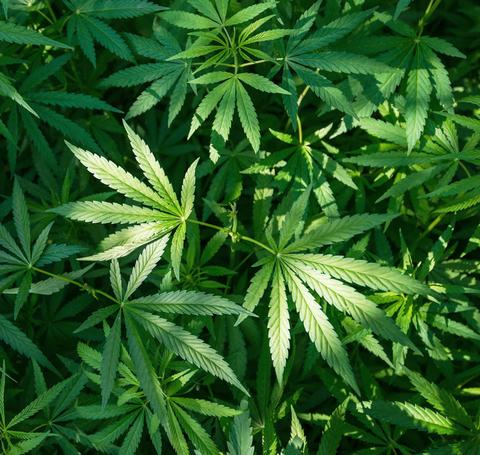 Illinois is now the 11th state in the United States to legalize the purchase and possession of recreational marijuana.

"Because our study is based on more policy variation than prior work, we view our estimates as the most credible to date in the literature," he said.

The paper involved analyzing data, from 1993 to 2017, on about 1.4 million high school students in the United States from the US Centers for Disease Control and Prevention's annual national Youth Risk Behavior Surveys.

The researchers took a close look at self-reported marijuana use in the surveys among the students as well as survey responses in areas where medical or recreational marijuana was legalized.

The researchers examined the responses before and after the marijuana laws were implemented.

The paper had some limitations, including that only an association was found in the study -- not a causal relationship -- and more research is needed to determine why this association exists.

"Because many recreational marijuana laws have been passed so recently, we do observe limited post-treatment data for some of these states," Anderson said. "In a few years, it would make sense to update our estimates as more data become available."

The new study appears to contradict some separate state-level studies that suggest marijuana use among teens remains unchanged -- instead of declining -- following legalization, said Bonnie Halpern-Felsher, professor of pediatrics in Stanford University's Division of Adolescent Medicine in Palo Alto, California, who was not involved in the new paper.

For instance, a 2018 report from the Colorado Division of Criminal Justice Office of Research and Statistics found that the proportion of high school students in the state who said they used marijuana ever in their lifetime or in the past 30 days remained statistically unchanged from 2005 to 2017. Colorado legalized the adult use of recreational marijuana in 2014.

When it comes to the new paper, "I think the big question is why," Halpern-Felsher said. "Why are they seeing in this national dataset decreases -- pretty significant decreases -- when other studies are finding no difference?"

The researchers wrote in the paper that one possible explanation could be that in states where recreational marijuana is legal, "it is more difficult for teenagers to obtain marijuana as drug dealers are replaced by licensed dispensaries that require proof of age."

Halpern-Felsher called that "a good point."

"Maybe now because of having legalization, you don't have the street sales anymore," she said. "So dispensaries, we would hope, would be better at carding and checking for age verification."

Meanwhile on the national front, the overall prevalence of marijuana-only use among youth in the United States since the early 1990s increased from 0.6% in 1991 to 6.3% in 2017, according to a study published in the American Journal of Public Health on Wednesday.

"The other question is, are youth getting the message about the fact that using marijuana during adolescence is more harmful because of their brain development?" Halpern-Felsher said. "Given the legalization, we need more education around marijuana or cannabis use for youth and we don't really have a lot of education."