Transgender Faith Tour: Sharing a message of hope across the Midwest 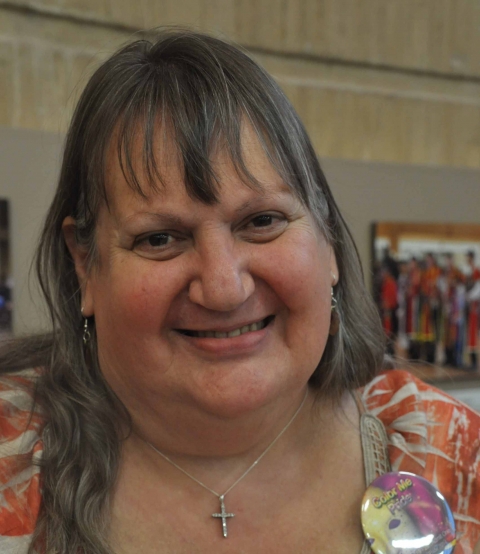 The idea of the Transgender Faith Tour (TFT) came from a visit to the Unitarian Universalist Fellowship of West Plains, Missouri in March 2014. The seeds had been planted years before at Metropolitan Community Church of Topeka, where I discovered it was possible to be transgender and have a relationship with God.

I was living in a men’s halfway house when I first crossed the threshold of MCC Topeka. I had been living on the men’s side of the Topeka Rescue Mission, at an alcohol treatment program, and in a men’s reintegration facility leading up to that.

I was about six months sober when a friend asked me to go to her church. She said there were transgender people. It was hard for me to believe, but I had to go. It was July 2006 when I attended the church - as Steven. I met other people who were transgender and I began to believe I could live authentically.

Three weeks later, I attended my first service at MCC as Stephanie. I was born that day. Every moment before had been some sort of existence, but not life. Before long, I was speaking publicly about being transgender. A deep faith was also building within me and sometimes I would speak at a faith institution, occasionally giving the sermon.

The Kansas Statewide Transgender Education Project was formed in August 2010 as an all-volunteer organization with the mission of ending discrimination against transgender Kansans through education. We have provided more than 350 educational presentations since then and will be celebrating our fifth anniversary August 15 in Salina.

In May 2012, Kansas pastor Curtis Knapp gave a sermon in Seneca (KS) in which he said that the government should execute gays. In response, I set up a presentation in the Seneca library, hoping to share what I called a message of hope - the idea that it was possible to be transgender and be a person of faith. All of this brings us back to the 2014 visit to West Plains where I was asked to share the program.

The good folks at the West Plains UU had reached out to me because of a friend who is a member there and because they wanted to know more about transgender. I was welcomed with open arms and I thought I might be able to take this message of hope to other institutions of faith.

Transgender Summer of Faith Tour came from that presentation in West Plains. I shared that I was hoping to present at as many faith institutions that summer as possible. Central Congregational UCC in Topeka, as well as Unitarian/Unitarian Universalist fellowships in Kansas (Manhattan, Lawrence, and Topeka) invited me into their pulpits. Other presentations happened for groups in Baptist, Catholic, and Methodist churches in Kansas.

As the summer was ending, I wanted to keep it going so I dropped the word “summer” from the title, and it became the Transgender Faith Tour. That fall, I was invited to do presentations for Joplin Diversity Fellowship, First United Church of Norman, and Mayflower Congregational UCC in Oklahoma City.

In February, I was honored to stand in the pulpit at First Congregational UCC in Manhattan. By the way, FCUCC is the site of the third annual TransKansas conference, September 11 and 12.