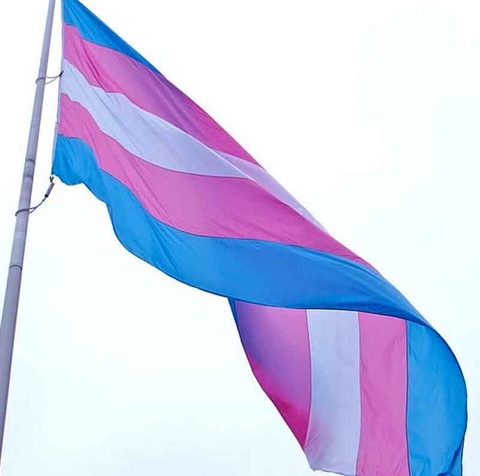 A transgender woman and her friends were attacked in Portland, Oregon, last week and police are investigating the incident as a potential bias crime.

Portland police detectives found three victims when they responded to a call of an assault on West Burnside Street early Thursday morning, according to a press release.

One of those victims was Atlas, a transgender woman, according to CNN affiliate KATU.

Atlas told the affiliate that she was out with friends and approached a group of men for a cigarette near some food carts around 2:30 a.m. when the group became hostile toward her.

"Very quickly you could tell that he had noticed that I am trans. He started calling me all kind of slurs and homophobic and transphobic things," Atlas explained to KATU. "He just got more and more escalated and continued to say more and more things that were very much like hate speech. Then he started to approach me. Then he and his friend attacked me."

She says she suffered bruising on her head and knees and her friend, another member of the LGBTQ community, ended up with a broken nose, KATU reported.

"My whole body hurt, like honestly, it felt like I had gotten hit by a truck," Atlas told the affiliate.

When police arrived the suspects had already left the area. Because one of the victims was transgender, the attack is being investigated as a possible bias crime, a press release from the Portland Police Bureau said.

Police are asking any witnesses or anyone with video evidence of the attack to come forward to help with the investigation.

"Under Oregon law, bias crimes are defined as any criminal act that targets a victim based on the suspect's perception of the victim's race, color, religion, sexual orientation, disability, gender identity or national origin," the release from the agency read.

Two transgender women were killed in the US within a week this September and at least 18 transgender people have been killed this year, according to the Human Rights Campaign.

"Having someone want to hurt me because of the fact that I live a life that makes me happy and truly feel that this is who I am is really scary to me," Atlas told the affiliate.

She says she hopes the case will create a bigger dialogue so that other people don't have to go through the violence she experienced.

"This is just going to make me even more diligent when it comes to fighting so the next person doesn't have to," she told KATU.