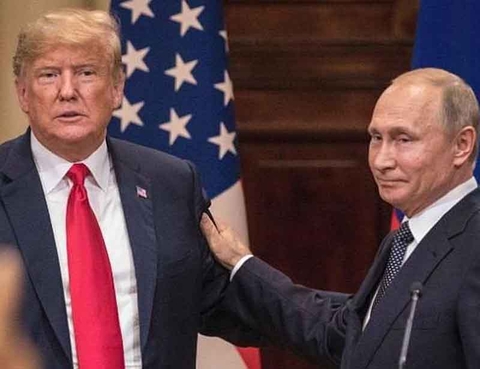 Donald Trump's legal team and close allies are increasingly concerned that the President's widely panned performance standing next to Russian President Vladimir Putin earlier this week could strengthen the hand of special counsel Robert Mueller at a critical time.

The caution is a notable change in tone from just before the summit, when the President's team seemed bolstered by a political climate that married declining public support for Mueller's probe with an inspector general report that raised significant questions about the conduct of the FBI.

But one source with knowledge of legal team thinking says it's now legitimate to fear that Trump's erratic behavior at the Helsinki summit, coupled with last week's indictments of 12 Russian intelligence officers, could be an inflection point in the whole process -- one that could potentially make Trump less sympathetic and conceivably embolden Mueller.

While Trump supporters remain with him, (he enjoys a 90% approval rating among Republicans, Gallup found earlier this month) sources with knowledge say that even Trump's own attorneys were dispirited by the President's performance, noting that he seemed to wilt in the face of Putin. The natural question the public might ask, one source told CNN, is why?

For months, Americans' support for Mueller's probe has been dropping thanks to an all-out assault from the President and his attorney, Rudy Giuliani, which has included labeling the probe a "witch hunt" and making unfounded accusations about a spy in the Trump campaign.

In addition, a recent inspector general's report that was critical of the FBI -- as well as the testimony of embattled FBI agent Peter Strzok -- handed the President's legal team a bonanza of criticisms to levy against the Russia investigation. Team Trump, one source said, "had the wind at their back," with those approving the Mueller investigation dropping from 48% in March to 44% in May to just 41% last month, according to CNN polling.

Behind the scenes, sources familiar with discussions tell CNN that while the two sides are communicating, there has been little to no progress on the negotiations recently. One of the sources said the ball is largely in Mueller's court, but adds that everything seems largely on the shelf at this point.

One question being raised inside Trump's team is whether Mueller is now slow-walking the interview talks as he rolls out indictments, as he did last week against a dozen Russian nationals. The thought is that maybe Mueller wants to show they have more of an established record before moving in any way on Trump.

"They don't seem to be expressing any tremendous desire to expedite this," one source familiar with the discussions told CNN.

Giuliani acknowledged this week that even the President, who has said he is willing to sit for an interview, should only do so under very limited circumstances.

"This is me talking -- but I think he has accepted this idea it can't be wide-ranging. But he still wants to do something," Giuliani, the former New York City mayor, told CNN.

If the glacial pace of negotiations continues, it is entirely possible that there will be no resolution of the investigation before the midterm elections in November. Although, as one source cautioned, that could all change with one phone call.

Another source familiar with the Trump legal discussions told CNN that in the face of this lack of progress, there is also some concern that Mueller could be preparing a subpoena. Previously, Trump's attorneys have believed that Mueller does not want to get into a protracted legal fight over a subpoena, but now no one seems to know what to anticipate.

Any Trump subpoena from Mueller would need to be approved by Deputy Attorney General Rod Rosenstein. What's less certain is what Rosenstein's decision would be.