Under pressure: Bi and pan visibility in opposite-sex relationships 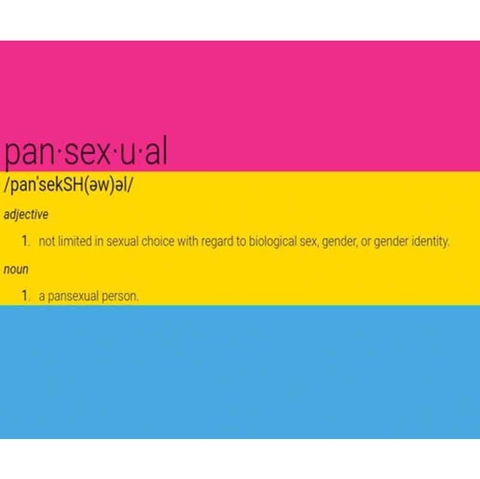 Since as far back as we began to label our sexual preferences, bisexual and pansexual people have been trying to convince not only the straight community that they’re actually queer, but also their own LGBTQ community that they truly are attracted to same-sex and same-gender partners. And yet, interest in both (or all) genders and sexes has been accepted throughout history, while not known by the exact terms we use today, often as a state of being.

Yet, in both the modern LGBTQ and the straight community alike, there is still a lot of misunderstanding and even prejudice towards bisexual and pansexual people, especially when they decide to date someone of the ‘opposite’ sex or gender (for lack of better words).

Kala Anderson, a pansexual woman in a relationship with a straight man, says she has felt such inappropriate questioning of her sexuality from the LGBTQ community itself.

“I’ve been told I don’t belong at Pride with my partner,” Anderson reveals.

As to who she hears more questioning of her sexuality from, Anderson says that it usually comes from her “older gay friends”.

“I think the Millennial generation is much more accepting [of pansexuality],” she admits.

In a similar way Katie Doe*, a bisexual woman and mother, has experienced some negative interrogation from some of her LGBTQ friends when she revealed her sexuality to them.

“When I came out to my gay friends some were incredulous because I was in an opposite sex relationship at the time,” says Doe. “Some even asked me very personal, sexual questions about my attraction to women.

“Looking back, I realize that the people who asked me those questions were quizzing me so they could decide if I got to be accepted by them or not.”

While not all pan and bi people have experienced this kind of treatment from their community, many are still on alert as it is still a well-known problem for this portion of LGBTQ people.

“I’ve never been literally excluded, but I feel as if people look at me differently,” says Karis Jones, a pansexual woman currently in a relationship with a straight male partner. “It’s nothing too crazy; I have a lot of close friends who really know me. But I feel as though if I were to go out into a public sector surrounded by [other members] of the LGBT community and people don’t know me, it may be a completely different story.”

Another reality that bi and pan people want other LGBTQ people to know is that families aren’t simply going to be more accepting of a pan or bi relative than one who comes out as gay.

“[My parents] don’t even believe pan is a thing,” explains Ian Morrow, who is pansexual and genderqueer and in a relationship with a straight man. “When they told my sisters about me, without my permission, they told them that I was bi.”

But Morrow states, whether bi, pan or gay, their parents will not accept that part of them.

“They put it in a different category, but in their ideals everything homosexual is a sin.”

Yet, apart from others, Morrow says they have had a more positive experience with the LGBTQ community accepting their sexuality than those they know who identify as heterosexual.

“Normally people in the LGBT community are more accepting of pansexuals,” they say. “It’s kind of confusing for some people still, but most understand.”

Gaining acceptance as a pan or bi person can still be difficult and at times alienating from the wider LGBTQ community due to misunderstandings. But for those in opposite sex or gender relationships, there is a strong feeling of hope and change within the younger generations of bisexuals and pansexuals, who actually statistically make up the majority of the LGBTQ community.

For Jax Lee, who identifies as a pansexual genderqueer woman and whose partner is a straight man, the explanation is simple:

“I’ve felt pressure before in representing pansexuality. I know I’m going to be looked at a certain way for dating someone of the opposite sex. Like I’m not really representing the LGBT community properly. Well, that’s not true at all.”