What if your child is born straight? 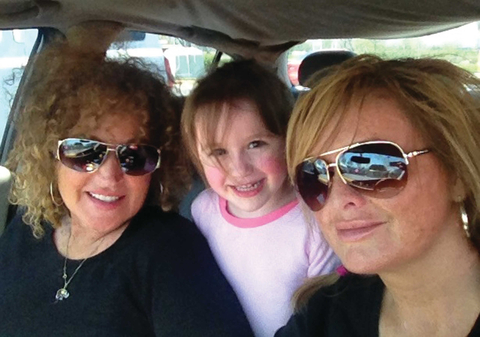 Being a parent can be tough but many say the joys outweigh the struggles. This is no different for LGBTQ parents who have their own unique sets of challenges and rewards.

“It’s harder in some ways; I don’t always understand,” says Kallisti Kilmer, trans woman and mother of a 14-year-old daughter. “She’s growing up; she’s developing and things that are driving her crazy about becoming a woman from a girl are the things I’m envious about.”

According to Kilmer and other parents, being LGBTQ may have also made them more accepting and able to relate even better to their children than if they had been cishet.

“I want her to be as comfortable with me and my orientation and my partners as I want to be with hers and truly for her to accept me for who I am I have to accept her for who she is no matter [what],” relays Caitlin Bear, bisexual mother of a young daughter.

Some parents go on to say children raised by LGBTQ mothers and fathers go on to have a better understanding of the world around them at younger ages out of necessity than their peers.

“My kids understand, even at their age, that the world doesn’t look the same everywhere,” reveals Melissa Huggins, gay mother of a two-year-old and a five-year-old. “They don’t understand why they are the only ones with two moms, but it has helped them understand that this is just how the world is.”

“I think with being a gay parent, we have to go through so much to get these children,” says Cheryl Vendetti, a gay comedian and mother of one. “That a lot of these kids [end up] excelling.”

While many parents admit to having undergone many hardships growing up directly due to their orientations, most of those interviewed do not see this as any reason to fear the possibility of their own children one day coming out.

“I think any parent, regardless of their sexual orientation, doesn’t want their child to deal with the hardships they had to deal with,” says Huggins. “[But], I think the world is progressively moving toward a more encompassing world.”

She adds, “If my children were to come out, I think they would have the support in our circle of friends and our family.”

No matter their orientation or background, all the parents interviewed stressed how important having an open, loving environment was to how they raised their children.