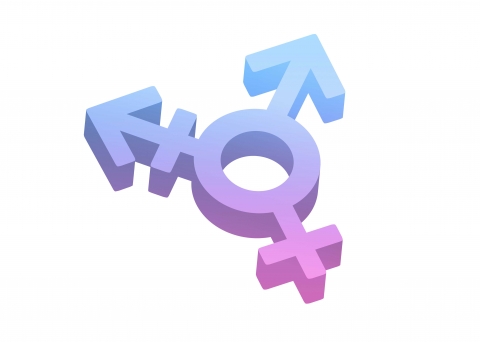 "...the privacy of a person's medical status is not a public matter."

As the transgender issues writer, many of you might be surprised that I haven’t covered anything about all the anti-LGB and especially T bills in not just the Oklahoma legislature but all over the country. It’s a pretty vital topic and poses a threat to LGBTQ people in more ways than one.

I actually have a pretty good explanation why - I ain’t scared. I know that’s bothersome to a lot of you, and it might elicit reactions like, ‘How can you be so flippant,’ or ‘You don’t take trans issues seriously.’

Well, you’re wrong. I am taking it seriously, I am not being flippant, and I know how important it is. I’m woke. I’m cruising along at Woke Factor 6 to the Awareness Nebula. Now before you call for my head, let me explain why.

I love courts, especially the big ones like Federal Circuit Courts and Supreme Courts. They love to tear bad legal decisions and laws to pieces, and it’s a glorious thing to watch. Now you might wonder why I put so much faith in the courts. It goes back to my one long-term love - history.

The event that kicked the African-American Civil Rights Movement into high gear, as you hopefully know, was Brown v. Board of Education. What many of you may not know, was that it wasn’t decided in a vacuum. There were decisions in the 30’s and 40’s that laid the foundation for getting rid of ‘Separate but Equal.’

Once the Brown decision was in place, nothing could hold back the torrent of decisions that followed, to include Lawrence v. Texas and Obergefell v. Hodges, two of the most important decisions in the history of LGBT rights.

What a lot of people don’t know, is that there is already case law about transgender people called Powell v. Schriver. In this case, the privacy of a person’s medical status is not a public matter. With being transgender classified as a medical issue, and all that involves, it’s pretty clear what that means. It’s no one’s business but yours, the people you chose to tell and your doctors.

Making trans people use the wrong bathroom from their gender identity is forcing them to out themselves. And another case says you cannot be compelled to out yourself as it can produce disastrous results (in this case a tragic suicide).

‘But, wait, doesn’t it have to get there first? But the worse it is, the more likely a judge will issue a ‘stay,’ preventing the law from going into force. Remember 2010 when Oklahoma embarrassed itself by banning Sharia Law? It never went into effect because the minute it passed Muslim groups appealed it to the courts, which issued a ‘stay.’ A stay stops legal proceedings in their tracks until a court can consider the issue. And when the courts considered it, it was found unconstitutional and never went into effect.

‘But, doesn’t that require someone to appeal?’ As we speak, the ACLU, Lambda Legal, GLAD, have had their legal teams of staffers build some really dense legal petitions that are just waiting for a state legislature crazy enough to pass one. The minute they do, it hits the desk of the judge and off goes the process of making its way through the courts, usually with a stay attached to it.

Now some of you might still be thinking I’m too naive, or that I’m putting too much faith in the courts, or that I’m still being flippant. I assure you I’m not. I know that these Republicans in these state legislatures who are really over concerned about what’s between my legs and where I like to go to the bathroom are Big Bad Wolves.

And wolves, as the fairy tale goes, huff and puff and blow your house down. But courts and lawyers build things out of bricks. And the big bad wolves don’t have much of a track record against them. Time and time again for the past seventy years, they have held up against these wolves trying to keep people they don’t like repressed and oppressed.

So, let these laws go before the courts, which can settle this mess once and for all. And then the people who want to discriminate against us, can complain all they want about how we are oppressing their ability to oppress us. As they are.