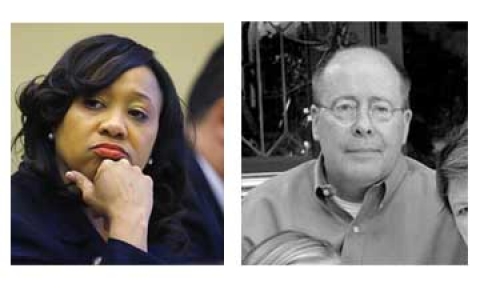 Senator Pittman voted “Yea” on the Resolution which affirmed the ban on marriage in our state. Charles Gray is her Democratic opponent.

“All politics is local,” many people say, and it couldn’t be truer in the upcoming special election in Oklahoma City.

On March 1, Oklahoma County voters will go to the polls to cast a very important vote. Not just the vote for their Presidential Primary choice. Another, less advertised, less publicized, less politicized vote will be held on March 1. But it’s very important.

Why is this election important to the LGBT community? County Court Clerk is responsible for marriage licenses. One of the candidates, in a formerly held seat, voted against the Oklahoma Marriage Resolution in April, 2013.

Senator Anastasia Pittman, while serving as a Representative for Oklahoma voted “Yea” in April, 2013 on the Resolution which affirmed the ban on marriage in our state. The resolution was based at the time on a nine-year-old vote of the people, backed by a statement calling such law a “power of the state,” and supporting the discriminatory DOMA law.

We called Senator Pittman for a statement and sent her an email requesting a comment. After one week she had not responded to our request.

Charles Gray is her Democratic opponent who said in an exclusive interview with The Gayly, “The Supreme Court has spoken and it’s the Court Clerk’s job to follow the law and the law says you are to issue a marriage license. They are going to get a license through my office if I am elected.

“If you want to marry someone, you ought to be able to marry them. The government has enough to do without getting in our business on matters like this.” He added “Those Representatives are pretty good about saying they want to stay out of your business but they don’t.” (Gray was a legislator until 2002).

The top candidates will pair off in the Oklahoma “special election” general election on April 5.