25 of 27 anti-LGBTQ bills in Oklahoma legislature are DOA 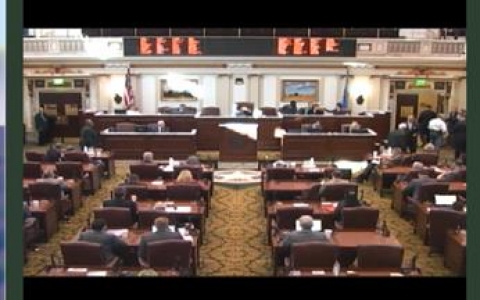 Action on two anti-LGBTQ pieces of legislation remaining on the Oklahoma legislatures plate must be taken by March 10, or they die. OK House video.

As of February 26, 25 of the 27 anti-LGBTQ bills being considered by the Oklahoma legislature are dead. Freedom Oklahoma Executive Director Troy Stevenson updated The Gayly on Friday afternoon about the status of anti-LGBTQ legislation.

The bills have fallen prey to committee action, or more likely committee inaction prior to a self-imposed legislative deadline that bill had to have cleared committee by February 25. A few of the bills were withdrawn by their authors when it became clear that they didn’t have the votes to pass in committee.

The two remaining pieces of legislation are Rep. Sally Kern’s HB 2428. This bill, which Kern named the “Child Welfare Provider Inclusion Act of 2016” would allow broadly defined “Child Welfare Service Providers” to refuse “to provide, facilitate or refer for a child welfare service that conflicts with, or under circumstances that conflict with, the provider’s sincerely held religious beliefs or moral convictions.”

LGBT activists have condemned the bill as a thinly veiled effort to let people prevent same-sex couples from becoming foster parents, or adopting children. Kern denies this is the intent, but in some states that have LGBTQ protections, Catholic Charities has shut down its foster parent and adoption services, rather than serve same-sex couples.

Kern’s bill would clearly allow Catholic Charities or similar religiously based groups to refuse to serve LGBTQ persons and couples in Oklahoma, without fear of governmental action against them. Of course, since Oklahoma has no LGBTQ protections on the law books, they are already free to refuse those services.

The other bill in House Joint Resolution 1059, which would submit an amendment to the Oklahoma Constitution to a vote of the people. The does not, of course, say anything about sexual orientation or gender identity. But the intent is clear – it would allow religious organizations, private businesses, or individuals to refuse goods or services related to a marriage that violates “sincerely held religious belief.”

“The amendment would bar a licensing or certifying entity from denying, revoking or suspending a professional or business license based on religious beliefs. It would permit a private child-placing agency to refuse to participate in any child placement that would violate the written religious or moral convictions or policies of the agency. It would also prohibit an action by the state to penalize the agency and any action for damages. It would require the state to accredit individual clergy or religious organizations that would otherwise be accredited but for the beliefs of the person or organization.”

In addition to discriminating against same-sex couples, it appears it would allow discrimination against single parents in adoption or foster care cases. Mixed race couples could also be discriminated against, a direct violation of the US Constitution, Supreme Court case law, and federal law prohibiting discrimination based on, among other things, race or national origin.

A probable unintended consequence of these laws is that it would propel these cases into court, where a judge would have to determine if the person has a sincerely held religious belief or not. Which is exactly what the proponents of these discriminatory proposals would never want, and would be appalled to discover that it could happen.

The next legislative hurdle for these two pieces of legislation is March 10, by which time they have to be passed by the House and sent to the Senate, or they are dead. Watch The Gayly, our website www.Gayly.com, and our Facebook page for continuing coverage of action in the Oklahoma legislature.