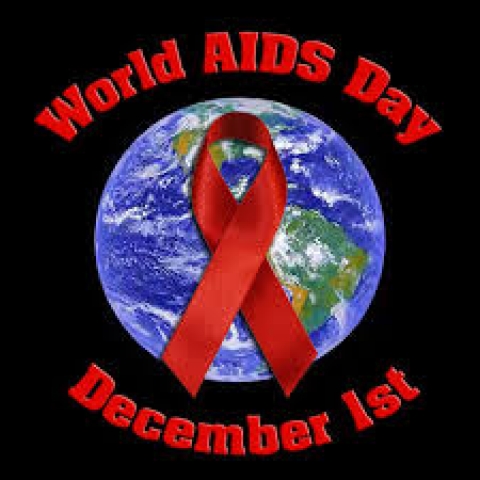 NIH research has proven the effectiveness of HIV prevention strategies.

In the 25 years that have passed since the first annual commemoration of World AIDS Day, extraordinary scientific progress has been made in the fight against HIV/AIDS. That progress has turned an HIV diagnosis from an almost-certain death sentence to what is now for many, a manageable medical condition and nearly normal lifespan. We have come far, yet not far enough.

In 2012, more than 2 million new HIV infections and 1.6 million AIDS-related deaths occurred globally. Although these numbers represent a decline from previous years, they also reflect a grim reality: far too many people become HIV-infected and die from the effects of the disease. On World AIDS Day, the National Institutes of Health (NIH) reaffirms its commitment to finding improved HIV treatments and tools for preventing infection (including a vaccine), addressing the conditions and diseases associated with long-term HIV infection, and, ultimately, finding a cure.

Over the years since HIV was established as the cause of AIDS, NIH-funded researchers—in partnership with academia and the biotechnology and pharmaceutical industries—have developed more than 30 life-saving antiretroviral drugs and drug combinations for treating HIV infection.

Today, we are working to improve upon these medicines by developing drugs that are longer-acting, simpler to use, and with fewer side effects. Further, NIH scientists and grantees are exploring the administration of anti-HIV antibodies as a way to treat infection. This approach was recently shown to be effective when used in monkeys infected with a genetically engineered version of simian HIV.

Additionally, NIH researchers have begun early stage human testing of a monoclonal antibody (called VRC01), which in the laboratory, protected human cells against infection by more than 90 percent of known HIV strains.

However, advances in antiretroviral therapy or the discovery of new treatments are of little value if HIV-infected individuals do not know they are infected, do not have adequate access to HIV treatment and the necessary medical care to control their virus levels, or do not adhere to their treatment regimen. For example, of the 1.1 million people living with HIV infection in the United States, only 25 percent receive ongoing medical care and have virus levels that are adequately controlled by taking antiretroviral medications as prescribed. The NIH is funding studies in the United States and internationally to explore new approaches to addressing this problem.

NIH-funded research has proven the effectiveness of such HIV prevention strategies as voluntary medical adult male circumcision and pre-exposure prophylaxis, or PrEP (taking a daily antiretroviral pill to prevent HIV acquisition). In order to be effective, these strategies must be used consistently under strict guidelines. NIH supports behavioral and social science research designed to better understand how to foster adherence to medications, promote acceptance and overcome barriers to the use of effective HIV prevention tools.

On this World AIDS Day, we take stock in more of what has been achieved and look forward to what can be accomplished in the near future toward the universally shared goal of ending the HIV/AIDS pandemic.

The NIH also continues to investigate new HIV prevention tools for those groups most at risk for HIV infection, including women and men who have sex with men. The multinational ASPIRE clinical trial, launched in 2012, is testing whether a vaginal ring containing the experimental antiretroviral drug dapivirine can prevent HIV infection in women. The recently launched MTN 017 clinical trial is examining the safety of a rectally applied gel containing the antiretroviral drug tenofovir for men who have sex with men.

A cornerstone of our HIV prevention efforts continues to be the search for a safe and effective vaccine. The pathway to an effective HIV vaccine has been challenging and marked by disappointments; however, basic research advances this year are charting the course for a new generation of investigational HIV vaccines.

We have reached the point when the thought of an HIV cure is not unrealistic. Several cases, including that of a toddler, have demonstrated the possibility of sustained remission, in which patients control or perhaps even eliminate HIV without the need for a lifetime of daily antiretroviral therapy. NIH continues to focus on the important area of research toward a cure through basic science and clinical testing that is underway or in development.

About the National Institutes of Health (NIH):NIH, the nation's medical research agency, includes 27 Institutes and Centers and is a component of the U.S. Department of Health and Human Services. NIH is the primary federal agency conducting and supporting basic, clinical, and translational medical research, and is investigating the causes, treatments, and cures for both common and rare diseases. For more information about NIH and its programs, visit www.nih.gov.