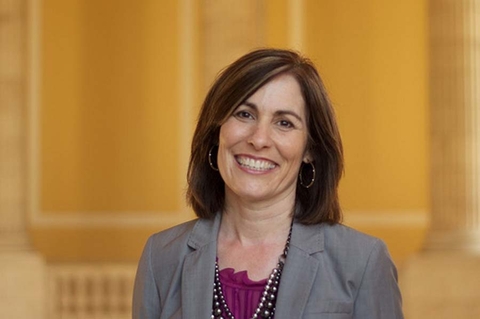 NEW YORK (AP) — A prominent leader of the abstinence-only sex education movement has been appointed to a senior position at the U.S. Department of Health and Human Services, joining several other social conservative activists in the leadership ranks at HHS.

Valerie Huber, named this week as chief of staff for the Office of the Assistant Secretary for Health, had served since 2007 as leader of the National Abstinence Education Association, which recently renamed itself as Ascend. She previously served as abstinence education coordinator for the state of Ohio, overseeing abstinence programs serving over 100,000 students annually.

Over the years, Huber established herself as one of the leading advocates of programs that stress the benefits of sexual abstinence, as opposed to comprehensive programs that include instruction about contraception. She has been particularly critical of the federally funded Teen Pregnancy Prevention Program created while Barack Obama was president and now targeted for elimination by President Donald Trump's administration.

"The healthiest message for youth is one that gives youth the skills and information to avoid the risks of teen sex, not merely reduce them," Huber wrote in an article last October. "This is the kind of message we give to youth when we encourage them not to smoke, to exercise more, and to avoid underage drinking."

Sen. Patty Murray, a Democrat from Washington state, circulated a memo this week describing Yoest and Manning as "among the most outspoken opponents nationally of programs, policies, and practices that advance women's access to health care."

Regarding Huber, Murray said Wednesday, "It's disappointing that President Trump continues to make appointments that put partisan ideology ahead of public health and science."

In contrast, the conservative Family Research Council has hailed all three appointments as evidence that the Trump administration seeks transform to HHS into a more conservative agency on such issues as abortion and sexuality.

"Valerie has a long history of promoting healthy lifestyles, especially for women and children," said Tony Perkins, the council's president. "I can't think of anybody better for the job."

Among the groups criticizing Huber's appointment was the Sexual Information and Education Council of the United States, commonly known as SEICUS. It said Huber, in her two previous positions, "pushed a religiously-motivated agenda to promote false and misleading information about sexual health and deny young people the education and skills they need to lead healthy lives."

Lambda Legal, an LGBT-rights organization, also was critical, saying the abstinence-only approach — as espoused by Huber in her previous jobs — contributed to the stigmatization of lesbian, gay and transgender young people.

The AP sought reaction from Huber; HHS declined comment on her behalf.