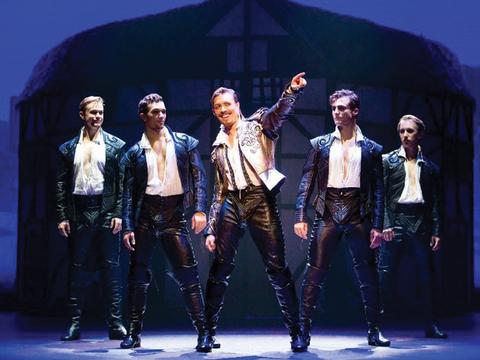 This hilarious new musical comedy tells the story of brothers Nick and Nigel Bottom, two playwrights stuck in the shadow of that Renaissance Rockstar Will Shakespeare. When a soothsayer foretells the next big thing in theatre involves singing, dancing and acting at the same time, the Bottom brothers set out to write the world's very first musical!

With the most singing, the most dancing and the most gut-busting laughs on Broadway, it's something wonderful and something for everyone. It's Something Rotten!, "the funniest musical comedy in at least 400 years" (Time Out New York)!

Nominated for 10 Tony Awards, including Best Musical, Something Rotten! is “a deliriously entertaining new musical comedy that brings down the house!” (New York Post).

With its heart on its ruffled sleeve and sequins in its soul, Something Rotten! is an uproarious dose of pure Broadway fun and an irresistible ode to musicals — those dazzling creations that entertain us, inspire us, and remind us that everything’s better with an exclamation point!

Presented by Celebrity Attractions and Civic Amarillo, Something Rotten! comes to the Amarillo Civic Center Complex Auditorium for two performances only, February 20-21 at 7:30 pm.

Tickets are on sale now and may be purchased via phone (806) 378-3096, in person at the Amarillo Civic Center Complex Auditorium or online at www.panhandletickets.com or www.CelebrityAttractions.com. Groups of 10 or more may be placed by calling (806) 378-3096.
The Tulsa PAC Ticket Office and Celebrity Attractions are the only official retail ticket outlets and the only way to guarantee you are paying face value for legitimate tickets. A broker or third-party tickets are not guaranteed and cannot be replaced.

Something Rotten! is part of the Celebrity Attractions’ 2018-2019 Broadway Spotlight Series. Rounding out the season is the behind the scenes incredible story of Peter Pan in Finding Neverland.

For more information on Something Rotten! and Broadway in Amarillo, visit www.CelebrityAttractions.com and www.RottenBroadway.com. 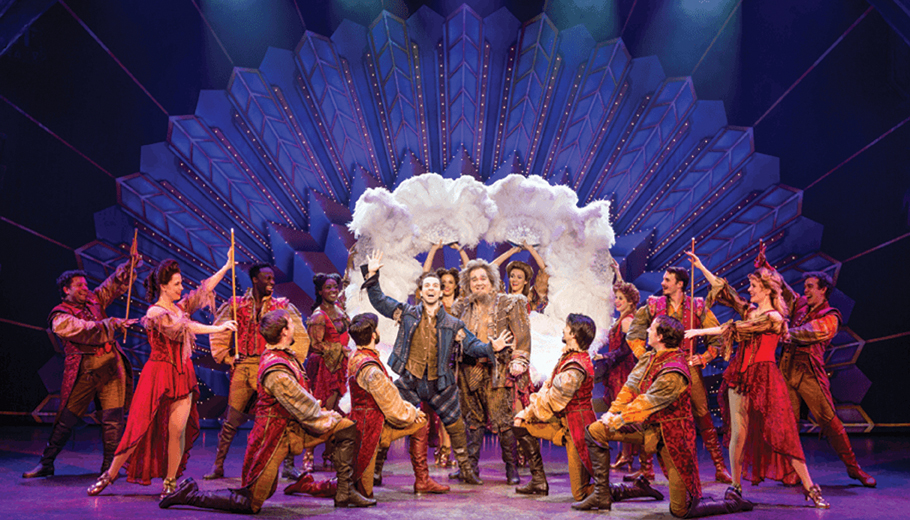 The Broadway National cast of “Something Rotten.” Photo provided.

Tulsa based Celebrity Attractions is a company that has become a nationally recognized leader in the Broadway industry by presenting six Broadway Seasons in a four-state region. Having built one of the nation’s most highly successful Broadway Seasons in Tulsa, their average annual impact on the local economy is more than $40 million.