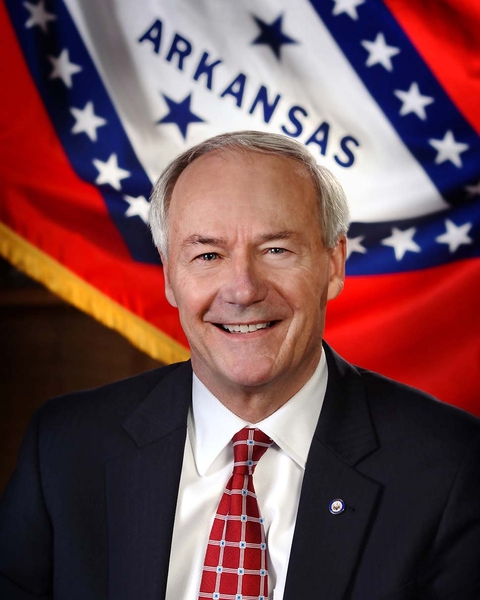 Hutchinson, who was first elected in 2014, had been widely expected to seek re-election and had already been raising money for next year's campaign. Hutchinson last month reported having nearly $700,000 cash on hand for his re-election bid.

"I've thoroughly enjoyed serving as governor and there's a lot of unfinished work out there," Hutchinson told The Associated Press. "My passion and vision for Arkansas has not subsided in any way, and I want to be able to continue to serve this state."

Hutchinson ran three years ago primarily on a plan to cut income taxes across the board, and lawmakers have approved $150 million in reductions he's advocated. Hutchinson stopped short of specifying how much of a tax cut he'll push for if re-elected, noting that a legislative task force will begin meeting soon to look at tax cut recommendations.

"We want to concentrate on efficiencies in government and we want to emphasize pro-growth tax policies," Hutchinson said. "That's not always about tax cuts. It's also about fairness in having the right kind of reform, and I'm delighted the Legislature is going to be looking at that in their task force."

Hutchinson touted the state's record-low unemployment rate of 3.6 percent and thousands of new jobs created, as well as his initiative expanding computer science classes in public schools. But he's also running shortly after announcing cuts in the state's budgets for this year and next year because of lagging revenue.

Hutchinson also has tangled with some within his party over his support for keeping the state's hybrid Medicaid expansion despite his opposition to the federal health care law that enabled the expanded coverage. Hutchinson is asking the federal government to impose new restrictions that would move 60,000 people off the program. This year, he opposed legislation aimed at preventing transgender people from using the bathrooms of their choice and he championed a law ending Arkansas' practice of paying tribute to Confederate Gen. Robert E. Lee and the Rev. Martin Luther King on the same day.

No Democrats have announced a bid to unseat Hutchinson, who has enjoyed high approval ratings since taking office. Republicans control all statewide and federal offices in Arkansas, as well as a majority of both chambers of the Legislature. State Democratic Party Chairman Michael John Gray said he's talked with potential candidates, and said there's still an opening for Democrats despite the state's rightward shift.

"I think as people start having conversations, who knows what it will look like 18 months from now," said Gray, who is also a state representative.

Hutchinson is launching the bid after facing criticism over a plan to resume executions that initially called for putting eight murderers to death over an 11-day period. Arkansas ultimately put four men to death after the other four executions were blocked by state and federal courts.

"I fulfilled the law and my obligation," Hutchinson said. "I believe the people of Arkansas support what we did and approve of how it was done."