Bill prohibiting abortion in Oklahoma passes out of committee 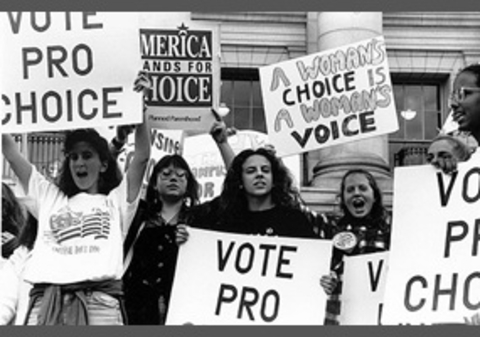 The Oklahoma Senate Health and Human Services Committee approved with an 11-4 vote a bill from President Pro Tempore Greg Treat that would prohibit abortion in Oklahoma if the U.S. Supreme Court overturns Roe v. Wade or if the U.S. Constitution is amended.

“Oklahoma is a pro-life state and Oklahomans have repeatedly made it clear they want their elected officials to protect the life of the unborn. Senate Bill 195 would prohibit abortion in Oklahoma, with the exception for the life of the mother, if Roe v. Wade is overturned or when the U.S. Constitution is amended.

Treat said there are several lawsuits challenging Roe and other federal cases legalizing abortion currently in the federal court system.

Abortion has been a felony in Oklahoma since 1910 but that statute has been unenforceable since 1973 when the U.S. Supreme Court legalized abortion. Those regulations would be rendered unnecessary if Roe is overturned because the 1910 law then would be enforceable. By removing abortion regulations from Oklahoma statutes, Senate Bill 195 would eliminate any statutory conflicts between.

Five other states have adopted laws similar to Senate Bill 195, and other states are considering similar measures.

The Gayly has contacted Planned Parenthood of Great Plains for a comment and will update when available. However, they have the message below on their website about this bill:

"SB 195 would make virtually all abortions illegal in Oklahoma. It is an extreme and dangerous attack on a woman's health and rights. Women should be able to make their own private medical decisions in consultation with their doctors, their families, and their faith — not politicians.

One in four women will have an abortion in their lifetime. SB 195 would prevent doctors in Oklahoma from providing necessary medical care to a pregnant woman if that care might endanger an ongoing pregnancy. It is critical that abortion remain a safe and legal medical procedure for a woman to consider if or when she needs it.

Thousands of women lost their lives to unsafe abortions before Roe. We will not go back."

Planned Parenthood also has a link where Oklahomans can write and "Tell the Oklahoma State Senate to vote NO on SB195."