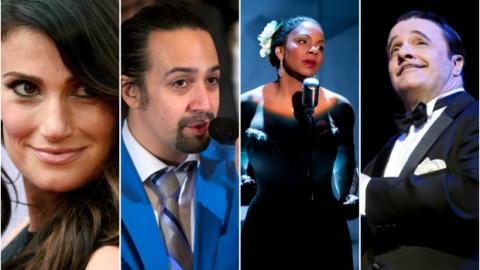 Dozens of Broadway stars, including Idina Menzel, Lin-Manuel Miranda, Audra McDonald and Nathan Lane, have lent their voices to recording a new version of "What the World Needs Now is Love". (AP photo)

NEW YORK (AP) — Dozens of Broadway stars horrified by the Orlando nightclub shooting have lent their voices to recording a new version of the iconic 1965 song "What the World Needs Now is Love," with all proceeds going to help the LGBT Center of Central Florida.

The digital download of the Burt Bacharach song will be sold for $1.99 and be available Monday at Broadway Records' website and on iTunes thereafter.

The effort was dreamed up by SiriusXM radio host Seth Rudetsky and his husband, producer James Wesley.

MARK KENNEDY, AP Drama Writer. Copyright 2016 The Associated Press. All rights reserved. This material may not be published, broadcast, rewritten or redistributed.