Buttigieg on his sexuality and black voters: Americans capable of 'moving past old prejudices' 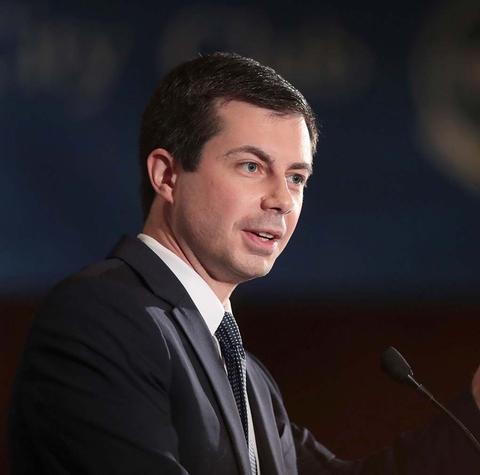 (CNN) -- Democratic presidential candidate Pete Buttigieg said Monday that he believes people are capable of "moving past old prejudices" when asked about whether his sexuality would impact his support among black voters.

"(Elections) are about voters asking the question, 'how will my life be different if you get elected president versus somebody else?' I think we have the best answer to that question," Buttigieg told CNN's John Berman on "New Day."

He continued, "If I can do my job and get that answer in front of as many voters as possible it is remarkable how Americans are capable of moving past old habits, moving past old prejudices, making history and getting the president who will serve them best regardless of some of the other noise that's circling around the race."

Buttigieg's comments were in response to Democratic Rep. Jim Clyburn from South Carolina telling CNN on Sunday that "there's no question" the mayor being gay is an issue for older black voters in the state, who tend to be more conservative on social issues. Black voters make up a large chunk of the Democratic electorate in South Carolina.

"I'm not going to sit here and tell you otherwise, because I think everybody knows that's an issue," Clyburn said. "But I'm saying it's an issue not the way it used to be. My own grandson is very much for him. He is a paid staffer working on the campaign."

Buttigieg came out as gay in 2015. He has said in multiple speeches that he was uncomfortable with his own sexuality early in his life, telling an audience in Iowa earlier this year that his sexuality was a "kind of war" within him for years.

"If you could have offered me a pill that could make me straight, I would have swallowed it before you could give me a swig of water," Buttigieg said. "It's a hard thing to think about now. If you had shown me exactly what it was that made me gay, I would have cut it out with a knife."

The mayor has been asked about his sexuality during town halls on the trail, like in Charles City, Iowa, on Sunday, when he was asked how he would run in states with high levels of evangelicals who oppose gay marriage.

"I am from Indiana. I know a little bit about what you are talking about," Buttigieg said to laughs. "I find that elections are not so much about my life... it is really about your life."

Buttigieg was also asked in Decorah, Iowa, on Saturday how he -- as president -- would interact with countries where being gay is illegal.

"They are going to have to get used to it," he said to raucous applause. "My real concern is not how those leaders are going to treat me... the problem is how people are being treated in those countries."

Underneath those comments on stage, though, it's clear that some voters remain worried about how other voters feel about voting for a gay candidate.