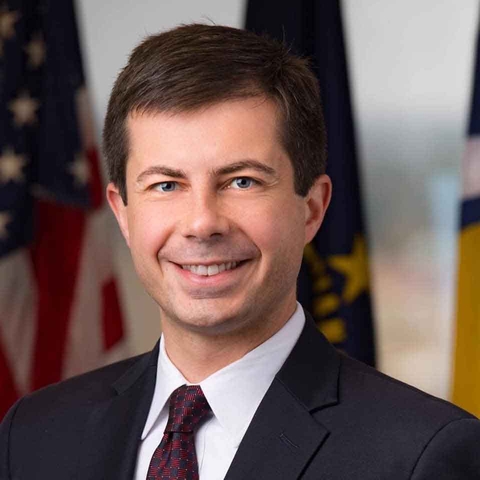 For someone who most Americans had never heard of at the beginning of 2019, South Bend, Indiana Mayor Pete Buttigieg must be feeling pretty darned good. Even though he hasn’t formally announced his campaign for president, a lot of people have now heard about him and seen him on multiple TV appearances, including on Fox News.

Two polls, one in Iowa and the other in New Hampshire now rank Buttigieg in third place, behind Democratic veterans former Vice President Joe Biden and Vermont Senator Bernie Sanders.

The New Hampshire poll, conducted by Saint Anselm College’s New Hampshire Institute of Politics, showed Buttigieg’s name recognition surging from 36.7 percent in February to 69.9 percent in April, an increase of 33.2 points. The poll was conducted April 3 through 8 by both landline and cellular phone.

Buttigieg’s favorable rating in the poll marched along with his name ID, going from 11.7 percent to 42.3 percent; at the same time his unfavorable rating moved from 2.6 to 5.5 percent.

Given his media appearances, it’s not surprising that more people have heard his name and apparently like what they are seeing. But the surprise in the poll was his third place finish.  Biden scored 220.9 percent, followed by Sanders at 15.6 and Buttigieg at 10.7 percent.

He leads candidates that have been talked about for a much longer time, like Senators Elizabeth Warren, Kamala Harris, Cory Booker and Amy Koobuchar, and former congressman Beto O’Rourke.

New Hampshire Institute of Politics Executive Director Neil Levesque said in a statement, “The emerging dark horse in this race may be Pete Buttigieg, who has gone from a virtual unknown to vault to11% support, trailing only Biden and Sanders and ahead of Warren. His emergence as a factor is driven by a 33-point increase in name recognition, almost all of it favorable. He even carries a slight 16-14 lead over Sanders in vote-rich Merrimack Valley.”

In Iowa, CBS News reports similar results in a Monmouth University poll, with Biden leading at 27 percent, Sanders at 16 and Buttigieg rolling up 9 percent of likely voters. Harris and Warren followed closely with 7 pcercent each, while O’Rourke backed by 6 percent.

“The poll also asked likely voters about the top issues they want candidates to discuss on the campaign trail,” said the CBS report. ”According to the survey, more than half of them said health care should be the foremost priority, while 17 percent indicated environmental issues are important to them. The next four issues were immigration, education, job creation and thwarting President Trump's reelection bid.”

The Monmouth University poll was conducted April 4 through 9 by telephone, and had a margin of error of 5.2 percentage points.