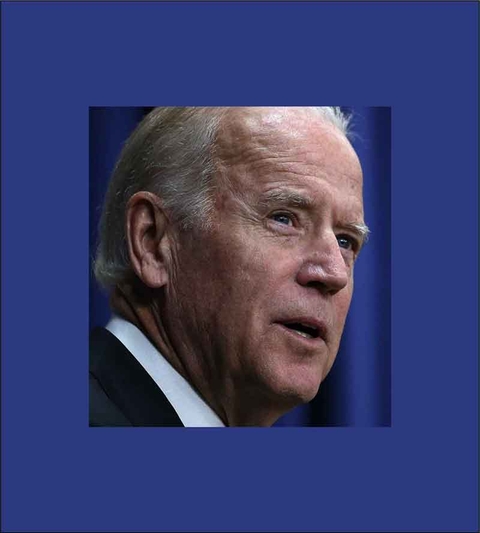 "I appreciate the energy you showed when I got up here. Save it a little longer, I may need it in a few weeks," Biden said to applause at the International Association of Fire Fighters' annual legislative conference. "Be careful what you wish for."

Biden's speech to the firefighters comes as the former vice president is in the final stages of deciding whether to run for president in 2020. His future remains one of the biggest unknown questions of the 2020 race.

Related: Joe Biden says family is on board with a 2020 run, he's 'very close' to decision

Friends and allies of Biden have expressed confidence he will launch a presidential campaign, but a formal announcement of his decision is unlikely to come before April.

Asked about his 2020 decision on Tuesday, Biden told CNN he would make his announcement "pretty soon."

Biden's appearance before IAFF, an influential political union, offered a preview of a possible campaign message as he talked up the need to ease the concerns of working class voters and showed a willingness to take on President Donald Trump.

"In America, everybody gets a shot. That's what the next President of the United States needs to understand and that's what I don't think this current president understands at all," Biden said.

Challenging Trump directly on a policy level, Biden criticized the recently released budget, saying it makes cuts to Medicare and Medicaid "because of a tax cut for the super wealthy."

Biden also acknowledged the criticism that has come his way when he's offered praise for Republicans. Earlier this month, he faced blowback from the left after calling Vice President Mike Pence a "decent guy."

"Mean pettiness has overtaken our politics. Today we seem to be at each other's throat. Sometimes it seems like we can't govern ourselves. We can talk to one another -- if you notice, I get criticized for saying anything nice about a Republican," Biden said. "Folks, this isn't who we are, this isn't how we got here. We have to remember what it is that makes this nation so special."

Biden has long enjoyed a close relationship with unions, casting them as the ones who "brung me to the dance," and appealing to the labor community could be central to a Biden run. In both of their speeches before IAFF, the former vice president and his wife, Jill Biden, each recounted their personal connection with firefighters.

"Too often, I think we recognize the incredible bravery and sacrifice of this community only after tragedy strikes," Jill Biden said. "You aren't just firefighters, you're community healers, you are healers and counselors and protectors. You are public servants in the truest sense with duty, integrity and courage. You stand between us and destruction. You hold back death. So for your service, for our sacrifice, for your incredible courage, thank you."

Shortly after his speech to the firefighters, Biden delivered remarks at the American Society of Public Administrators' annual conference. As he exited the event, a reporter asked him about 2020: "What's the hold up?"

"No hold up, the car's running," he replied with a smile as he entered the passenger seat of a Buick and drove off with a wave.