Dallas nurse with Ebola gets blood from survivor 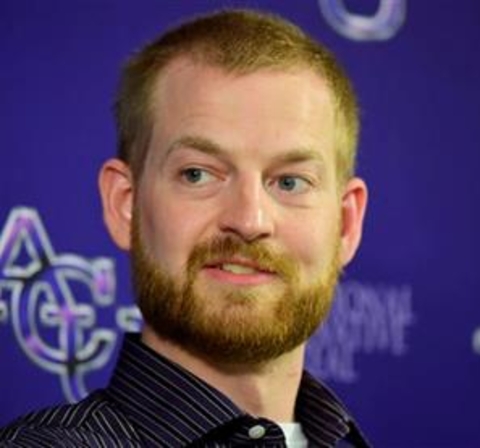 Dallas (AP) — A Dallas nurse infected with Ebola while treating the first patient diagnosed in the U.S. has received a plasma transfusion from a doctor who beat the virus.

Nurse Nina Pham was among about 70 staff members at Texas Health Presbyterian Hospital who cared for Thomas Eric Duncan, according to medical records. The 26-year-old nurse was in the Liberian man's room often, from the day he was placed in intensive care until the day before he died last week.

The hospital issued a statement on Pham's behalf Tuesday and a hospital official said doctors and nurses remain hopeful about her recovery.

"I'm doing well and want to thank everyone for their kind wishes and prayers," Pham said.

She and other health care workers wore protective gear, including gowns, gloves, masks and face shields — and sometimes full-body suits — when caring for Duncan, but she became the first person to contract the disease within the United States. Duncan died Wednesday.

Pham understood the risks and tried to reassure her family that she would be safe, according to a family friend.

When Pham's mother learned her daughter was caring for Duncan, Pham told her: "Don't worry about me," Christina Tran told The Associated Press on Monday.

Health care workers including Pham were told to monitor themselves by taking their temperatures. She went to the hospital Friday night after finding she had a fever.

As Pham was being treated in isolation Tuesday, the World Health Organization projected that West Africa could see up to 10,000 new Ebola cases a week within two months and confirmed the death rate in the current outbreak has risen to 70 percent.

The agency's assistant director-general, Dr. Bruce Aylward, gave the figures during a news conference in Geneva. Previously, the WHO had estimated the Ebola mortality rate at around 50 percent.

If the world's response to the crisis isn't stepped up within 60 days, "a lot more people will die," Aylward said.

Meanwhile in Berlin, a U.N. medical worker infected with Ebola in Liberia died. The 56-year-old man, whose name has not been released, died overnight of the infection, the St. Georg hospital in Leipzig announced Tuesday.

Pham's parents live in Fort Worth, where they are part of a closely-knit, deeply religious community of Vietnamese Catholics. Members of their church held a special Mass for her Monday. The Rev. Jim Khoi, of the Our Lady of Fatima Church, said Pham's mother told him the nurse had received a transfusion that could save her life.

Jeremy Blume, a spokesman for the nonprofit medical mission group Samaritan's Purse, confirmed that the plasma donation came from Kent Brantly, the first American to return to the U.S. from Liberia to be treated for Ebola. Brantly received an experimental treatment and fought off the virus, and has donated blood to three others, including Pham.

Brantly said in a recent speech that he also offered his blood for Duncan, but that their blood types didn't match.

Khoi said Pham's mother assured him the nurse was comfortable and "doing well," and that the two women had been able to talk via Skype. She was in isolation and in stable condition, health officials said. Another unidentified person who had close contact with her has also been isolated as a precaution.

Since Pham tested positive for Ebola, public-health authorities have intensified their monitoring of other hospital workers who cared for Duncan.

Centers for Disease Control and Prevention Director Tom Frieden said he would not be surprised if more fall ill because Ebola patients become more contagious as the disease progresses.

Pham's name appears frequently throughout the hundreds of pages of medical records provided to The Associated Press by Duncan's family. They show she was in his room Oct. 7, the day before he died.

Her notes describe nurses going in and out of his room wearing protective gear to treat him and to mop the floor with bleach.

She also notes how she and other nurses ensured Duncan's "privacy and comfort," and provided "emotional support."

Frieden has said a breach of protocol led to the nurse's infection, but officials are not sure what went wrong. Pham has not been able to point to any specific breach.

Among the things the CDC will investigate is how the workers took off protective gear, because removing it incorrectly can lead to contamination. Investigators will also look at dialysis and intubation — the insertion of a breathing tube in a patient's airway. Both procedures have the potential to spread the virus.

Members of a Texas task force on Ebola have scheduled their first public hearing for next week. They will develop recommendations and a comprehensive state plan to deal with emerging infectious diseases.

Officials said there was a dog in the nurse's apartment that has been removed to an undisclosed location for monitoring and care. They do not believe the pet shows any signs of Ebola. A dog belonging to an infected Spanish nurse was euthanized, drawing thousands of complaints.

Ebola has killed more than 4,000 people, mostly in the West African countries of Liberia, Sierra Leone and Guinea.