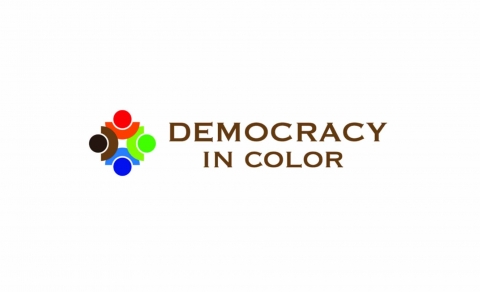 Democracy in Color reaches out to POC. Logo.

Over 100 donors indicate interest in using data; 7,000 to receive grades

(Washington, DC) - Today, the Democracy in Color Campaign released the first set of Fannie Lou Hamer Report Cards to evaluate the performance of campaigns and Democratic Party committees in engaging, investing, and turning out voters of color.

The unprecedented effort to bring the kind of transparent data reporting to campaigns that donors routinely receive in business was launched by Susan Sandler, a board member of the Democracy Alliance; and Steve Phillips the author of the NY Times bestseller Brown is the New White and co-founder of PowerPac+. The duo recently hosted President Barack Obama at their San Francisco home for a Democratic Party fundraiser.

In pursuit of a Democratic majority in the United States Senate, the report cards released today cover key Senate toss-up races as well as the Democratic Senatorial Campaign Committee. Without a focus on voters of color, these races put their chances to win at risk:

"Concentrating efforts on turning out voters of color is a much smarter strategy for most Democratic campaigns than endlessly pursuing the ever-elusive white swing voter," Steve Phillips said today.

The Democracy in Color Campaign will mail the report card results to 7,000 major Democratic Party donors across the country. Over 100 donors have already indicated they will take these grades into account when making their campaign investment decisions.

"Democratic donors need data to evaluate campaigns and the Fannie Lou Hamer Report Cards measure how effectively campaigns are engaging donors of color, a key to achieving victory," Susan Sandler said. "Going forward, donors will be paying more attention to data and less to the spin coming from operatives."

"Convincing voters of color to turn out requires increased investments of money, culturally competent staff and a relevant policy agenda," Jessica Byrd, Campaign Director for the Democracy in Color Campaign said. "These report cards are an effort to use transparency to encourage key campaigns to embrace this winning strategy."

Additional report cards will be released over the course of 2016. For more information on the 2016 Fannie Lou Hamer Report Cards, visit DemocracyinColor.org.

Democracy in Color is a project of PowerPAC Plus, created to collect and share data on how the most highly resourced Democratic campaigns and committees engage people of color. Rooted in quantitative and qualitative analysis of campaign operations, it is an effort to engage interested progressives on how to invest their time and financial resources - while holding major party campaigns accountable to engaging voters of color. The initiative is led by Steve Phillips, author of the New York Times bestseller Brown Is the New White, and Jessica Byrd serves as Campaign Director. A team of political experts conducted the research and evaluation.