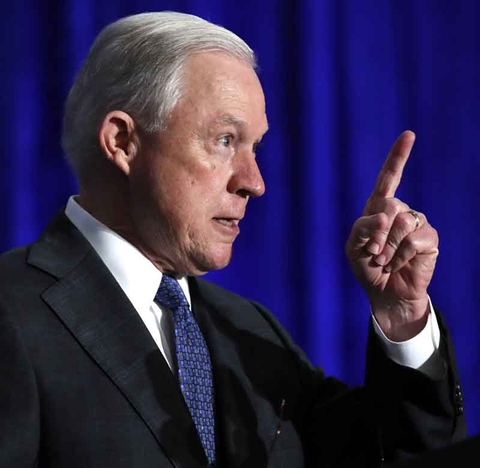 Attorney General Jeff Sessions issued guidance to all executive departments and agencies of the federal government, interpreting religious liberty protections in federal law. The direction is widely viewed as saying that the right to religious freedom trumps all other rights, and particularly the rights won by the LGBT+ community.

The memorandum begins by saying that freedom of religion “is a fundamental right of paramount importance, expressly protected by federal law.”

It continues, saying, “The Free Exercise of religion includes the right to act or abstain from action in accordance with one’s religious beliefs,” and that the freedom of religion extends to persons and organizations, including “private associations and even businesses.”

“Under the new policy, a claim of a violation of religious freedom would be enough to override concerns for the civil rights of LGBT people and anti-discrimination protections for women and others. The guidelines are so sweeping that experts on religious liberty are calling them a legal powder-keg that could prompt wide-ranging lawsuits against the government,” said Associated Press coverage of the new guidance.

Other stories about the Trump administration’s approach to religious freedom:
"License to discriminate" executive order to be signed Thursday
How Trump advances his anti-LGBT+ agenda

The guidance appears to broadly expand the protections afforded in the Religious Freedom Restoration Act of 1993, saying that acts protections extend to individuals, but to “organizations, associations and at least some for-profit corporations.”

This could easily be interpreted to protect bakers, florists, wedding planners or photographers who refuse to provide their services to same-sex couples planning to get married, which is the position taken by the DOJ in the case of a baker which is headed to the Supreme Court.

Stevenson weighed in on the memorandum, saying, “It’s guidance, it’s not an executive order, they aren’t able to change law. If they do anything to revoke LGBT rights, we’ll see them in court.”

He pointed out that the guidance is so broad that private industry could “fire someone because they are gay or transgender or because they are an unmarried couple living together or refuse service to an inter-racial couple.”

Sessions said, in a list of principles of religious liberty, that “Except in the narrowest circumstances, no one should be forced to choose between living out his or her faith and complying with the law.”

“Religious liberty experts said they would have to see how the guidance would be applied by individual agencies, both in crafting regulations and deciding how to enforce them. But experts said the directive clearly tilted the balance very far in favor of people of faith who do not want to recognize same-sex marriage,” the AP said in its report.

"Trump announced plans for the directive last May in a Rose Garden ceremony where he was surrounded by religious leaders. Since then, religious conservatives have anxiously awaited the Justice Department guidance, hoping for greatly strengthened protections for their beliefs amid the rapid acceptance of LGBT rights. 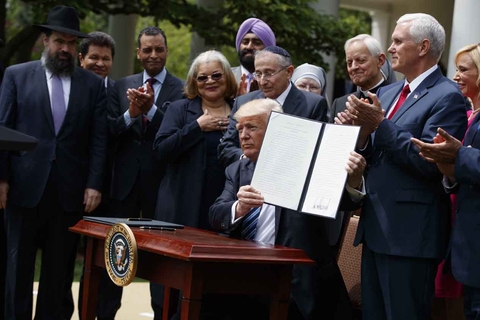 “The new document lays the groundwork for legal positions that the Trump administration intends to take in future religious freedom cases, envisioning sweeping protections for faith-based beliefs and practices in private workplaces, at government jobs and even in prisons.”

“It’s filled with intended and unintended consequences that are going to be extremely damaging to the entire country,” said Stevenson.

Stevenson told The Gayly, “I think we should all be clear where this is all coming from. It’s coming from Vice President Mike Pence. He tried to do it in Indiana, where he failed. Now he’s brought it into the White House.

“He’s on a mission to turn American into a religious theocracy.”

The DOJ’s Civil Rights division, a bastion of protection for LGBT rights and the rights of others under the Obama administration, will now be responsible for reviewing all agency actions to make sure they don’t conflict with federal law regarding religious liberty.