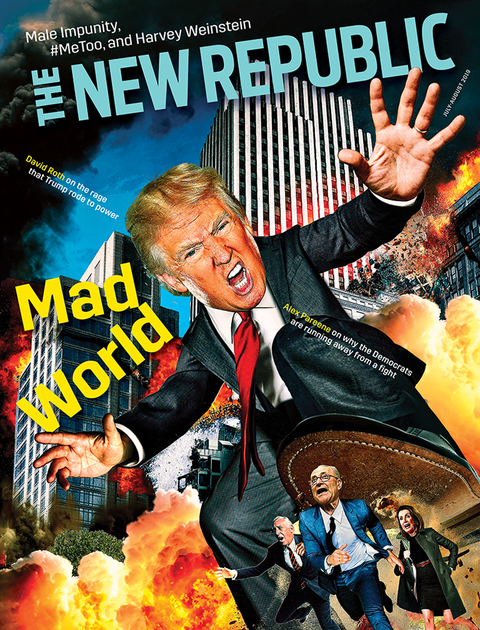 The League of Conservation Voters (LCV) is cutting ties with an upcoming forum on climate change after its co-host for the event, The New Republic, published an "offensive" article about Democratic presidential candidate Pete Buttigieg.

Gene Karpinski, LCV's president, said in a statement Saturday that the piece about Buttigieg and The New Republic's decision to run it "are inconsistent with our values."

LCV, a high-profile environmental group that has spent years lobbying for tougher action on climate change, had signed on to co-host a 240-minute discussion about the issue for the current presidential candidates at a forum in September. Media site Gizmodo is set to co-host the event with The New Republic.

"LCV is withdrawing our participation in the presidential primary candidate climate forum previously announced in New York City on September 23," statement says. "We will remain focused on the important work of elevating the climate crisis in this election and encouraging all the candidates to be prioritizing solutions."

The New Republic published a piece on Friday titled "My Mayor Pete Problem" that was quickly criticized on social media as "homophobic" and derogatory. It was written by Dale Peck, an author and literary critic with a history of controversy. He, like Buttigieg, is gay.

Peck referred to Buttigieg as "Mary Pete" throughout the column and suggested he didn't want Buttigieg in the White House because he would be sexually promiscuous.

Editor Chris Lehmann told CNN Business on Friday that "The New Republic recognizes that this post crossed a line, and while it was largely intended as satire, it was inappropriate and invasive." The post was later taken down.

On Saturday, the media outlet's owner and editor in chief said the opinion piece should not have appeared on the website. "As The New Republic's owner, I want to extend our sincerest apologies to Mayor Buttigieg, as well as to our readers, for an article that was both inappropriate and offensive. It has been removed from our site," wrote Win McCormack.

"Yesterday we made a mistake, but we remain committed to honoring the tradition of high standards and journalistic integrity that have been the hallmark of The New Republic for more than 100 years," McCormack said.

Gizmodo did not immediately respond to a request for comment.

The New Republic had said in a July 11 post that LCV had joined the event and would give "us a leg up on the candidates' environmental voting records and 2020 climate plans."

Several other progressive environmental groups — including Earthjustice Action, the Union of Concerned Scientists, and the Center for American Progress Action Fund" also agreed to be sponsors, according to the post.