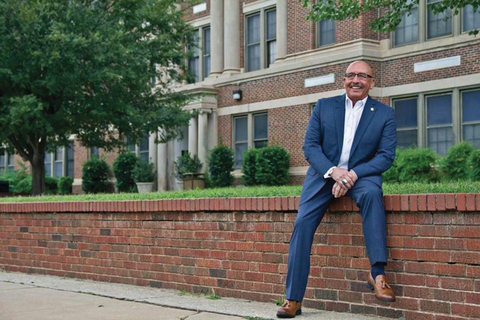 McAffrey was the first openly gay legislator to serve Oklahomans at the state capitol. He was a state representative from November 2006 to February 2012 and, in a special election, was elected to serve as Oklahoma senator from that time through 2014.

He was the Democratic nominee for the United States House of Representatives in 2014 and 2016 in Oklahoma’s 5th District.

“It was a privilege and honor to serve you in the Oklahoma House of Representatives and Senate,” McAffrey said. “After being gone from the political circle for a few years, I have decided to once again ask for your support.”

If elected, he will replace current District 1 County Commissioner, Willa Johnson, who is retiring at the end of her term.

“The state has decreased the budget for counties,” McAffrey explained. “It will be important to have someone who knows the capitol and the understanding of how to communicate to these decision makers.”

“We only ask for equal representation; nothing special or extra. We don’t think we’re any different than anyone else. I think we should have the same rights.”

He added, “I think I will best represent not just the gay community, but throughout the county, I will deliver equal representation. I think it will make a difference to have a commissioner who represents all communities.”

McAffrey is the father of three daughters and grandfather of eight grandchildren. He lives in Oklahoma City with his husband, David. They attend Saint Paul’s Episcopal church.

McAffrey graduated from Oklahoma State University in 1974. From there he enlisted in the U.S. Navy and served as a Navy Corpsman. After serving his country, he joined the Oklahoma City Police Department and later went on to own and operate several successful small businesses. He and his husband own and operate Howard Brothers Florist in Oklahoma City.

As a former state legislator, McAffrey told The Gayly, “The county commissioner controls all the money in the county. I think if you have business experience, it gives you a better idea of how to allocate these funds.”

He is asking for your support in his run for Oklahoma County Commissioner District 1. “I will continue working for your best interest, just as I did while in the House and Senate.

“My door is always open. That is important for people to know.”

For more information or to donate to the campaign, visit www.almcaffrey.com or on Facebook @AlMcAffreyForOklahoma.