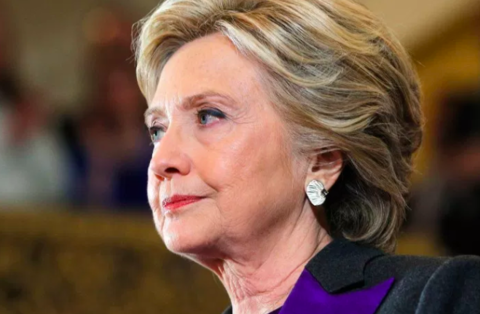 The meeting was first reported by The Washington Post.

Stone and Caputo say the meeting was part of a larger effort by law enforcement to set up the Trump campaign, citing records suggesting that the man Stone met with is a Russian national who has claimed to be an FBI informant.

In letters to House Intelligence Committee Chairman Devin Nunes obtained by CNN, lawyers for Caputo and Stone say Caputo arranged a meeting between Stone and the Russian man who called himself Henry Greenberg.

The letter says Caputo facilitated the meeting through his Russian business partner. Greenberg told Caputo he "had information about Hillary Clinton he wanted to provide to the Trump campaign," Caputo's attorney writes.

Caputo and Stone did not disclose the meeting to congressional investigators, but it has become a focus in special counsel Robert Mueller's investigation into the Trump campaign, according to the Post.

In the letters to Nunes, the two political operatives assert that they were transparent in their testimony before the committee, despite not disclosing the meeting with Greenberg.

Caputo told CNN he communicated with Greenberg by phone, and while he recognized that Greenberg had an accent, Caputo "assumed he was a US citizen."

Caputo said he now believes the Russian who met with Stone was an FBI informant because "the OSC (Office of Special Counsel) knew more about it than I did." He added that it was not until prosecutors informed him that Greenberg was Russian that he learned the man he had spoken with in 2016 was not a US citizen.

"I was under the understanding that he was an American citizen of Russian descent," Caputo said. "I had no reason to believe that, I just assumed it."

The letter from Caputo's lawyer states that during his testimony with the House Intelligence committee, he "answered all questions with candor and to the best of his recollection."

However, Caputo's lawyer wrote that during his interview with the special counsel, which took place more than a month ago, "his recollection was refreshed regarding one brief interaction with a Russian national in May of 2016."

"In the course of his interview with the House Permanent Select Committee on Intelligence, this specific contact was not discussed since at the time of this interview, Mr. Caputo had simply forgotten about this brief encounter in 2016," the letter states.

Caputo's lawyer relayed that he would be willing to brief the committee on the matter.

In his letter to Nunes, Stone's lawyer similarly called the testimony "entirely truthful," adding that Stone "feels obligated" to disclose the meeting because of "information brought to his attention after his appearance."

The letter states Greenberg approached Stone "wearing a Trump MAGA hat and T-shirt and spoke with what was possibly a Russian accent."

Stone's lawyer described the encounter as a "one-time, 20-minute interaction" and stated that Greenberg offered Stone the "non-specific, damaging Clinton information" in exchange for a $2 million payment from Trump, but that Stone declined.

Stone told CNN he was disclosing the meeting now because "Mr. Caputo only brought this to my attention recently."

He also said he never discussed the meeting with the Trump campaign, nor anyone else, adding that it was "so ludicrous that I forgot about it."

Greenberg, who the Post said sometimes went by the name Henry Oknyansky, had difficulties with the American immigration system, and spent two years in the custody of immigration services before returning to Russia. In 2015 court filings related to his immigration status cited by Stone and Caputo, Greenberg claimed that he worked as an FBI informant for 17 years.

However, Greenberg denied he was acting on the FBI's behalf when he met with Stone, and the court filing the Post obtained said his work with the FBI halted sometime after 2013, according to the Post.

The meeting with Stone reportedly took place a few weeks after former Trump campaign foreign policy adviser George Papadopoulos was told about Russian dirt on Hillary Clinton and two weeks before senior members of the Trump campaign met with Russian nationals -- including a lawyer with ties to the Kremlin -- in Trump Tower.

While Stone told the Post that Greenberg was alone for the meeting, Greenberg relayed that he was accompanied by a Ukrainian man only identified as Alexei. Greenberg told the Post that Alexei was fired from the Clinton Foundation. He also denied he asked for money, saying played a limited role in the meeting and left it to Alexei to talk with Stone while he sat at a nearby table.

Stone told CNN he had never heard of Alexei, nor was this person present at the meeting.

The Clinton Foundation also told the Post that they had never hired someone with the first name Alexei.

Stone, in a text to Caputo reviewed by the Post, appeared to be disinterested in the contents in the meeting.

A news release from Caputo following the Post story states that in his meeting with the Special Counsel's Office, he "noted the Mueller team knew far more than he did about the Greenberg approach."

After his meeting with Mueller, Caputo investigated Greenberg, the release said, and he put the information he found into a dossier online.

The disclosure of the meeting comes a month after multiple reports that the FBI dispatched a confidential source to speak with at least two advisers to Trump's presidential campaign after the bureau obtained evidence that the aides had ties to Russia. The revelations have prompted Trump to accuse the FBI of spying on his campaign and trying to frame him.