Freedom Oklahoma to focus on anti-LGBTQ and anti-abortion bills 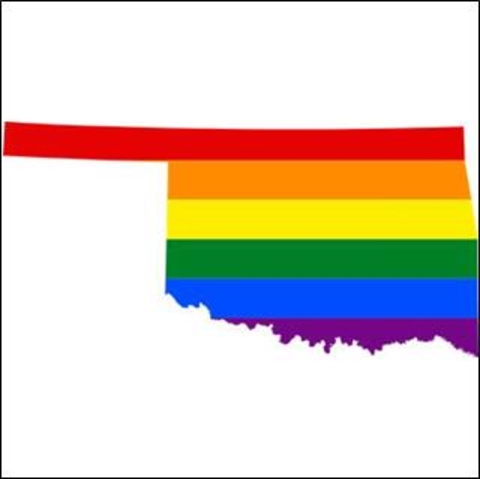 Four anti-LGBTQ bills have been introduced in the Oklahoma legislature for the 2017 session.

Freedom Oklahoma is holding a press conference at the Oklahoma State Capitol this morning to shine the light of truth on four anti-LGBTQ bills introduced this year in the Oklahoma Legislature, as well as 11 anti-abortion bills.

Troy Stevenson, the Executive Director of Freedom Oklahoma, outlined for The Gayly what Oklahomans are facing: “Multiple anti-LGBTQ bills; multiple bills trying to limit what is decided law – a woman’s right to choose what she does with her body; and multiple bills on immigration, which is a federal issue. There is even a bill allowing Oklahoma to secede from the union. All of which is absolute lunacy.”

“These bills are a distraction from all the real problems in the state. It is a small number of legislators grandstanding on the backs of a marginalized minority community,” he continued.

State Rep. Collin Walke (D-Oklahoma City) agreed, saying, “I think this is a fringe group of legislators who are trying to create attention for themselves instead of focusing on real problems.

“At a time when Oklahoma is facing billion dollar budget cuts we have legislators who are willing to waste taxpayer money, time and resources on bills that are unconstitutional on their face. It’s legislation that doesn’t need to be passed in the first place,” Walke continued.

The four anti-LGBTQ bills are:

HB 1507, which permits private child-placing agencies to refuse participation in any placement that violates written religious convictions or policies of the agency. For example, Catholic Charities has shut down their adoption agencies in some states to avoid obeying state laws that ban discrimination against LGBTQ people. Introduced by Rep. Chuck Strohm (R-Tulsa).

SB 197, introduced by Sen. Joseph Silk (R-Broken Bow), is called the “Oklahoma Right of Conscience Act”. It would allow an individual, private business or a church or recognized religious organization to refuse services, accommodations, advantages, facilities, goods or privileges “used in a marriage ceremony or celebration of a specific lifestyle or behavior.

He continues with providing the same to promote, advertise, endorse or advocate for a specific marriage, lifestyle or behavior.

SB 197, ”is an extremely broad expansion of the state’s Religious Freedom Restoration Act,” according to Stevenson. “It is the second time in three years that he [Silk]  has introduced this bill. It would allow anybody to discriminate against anybody for anything.”

SB 530, introduced by Sen. Josh Brecheen (R-SD6) redefines a “substantially burden” of the practice of religion by adding words that would allow refusal of services based on “the ability to act or refuse to act in a manner substantially motivated by one’s sincerely held religious belief, whether or not the exercise is compulsory or central to a larger system of religious belief.”

In other words it would allow a person to simply say his religious belief is that he cannot serve LGBTQ people. It is identical to SB 723, which Brecheen introduced in 2015, and which failed to move to the Senate for a vote.

SJR 36, also by Sen. Brecheen, is a direct assault on transgender students. Citing the 10th Amendment to the US Constitution, the resolution states that “all regulations imposed by the United States Department of Education (DOE) concerning transgender education or procedures are void in Oklahoma.” To support his “facts” he cites statements by the American College of Pediatricians (ACPeds) regarding transgender children. The ACPeds is a small group that has been designated an anti-LGBTQ hate group by the Southern Poverty Law Center (SPLC).

These are far fewer than the 28 anti-LGBTQ bills proposed in the 2015-2016 session of the legislature. All 28 of those bills were withdrawn, rejected by committee or otherwise failed to reach a vote.

The Human Rights Campaign is closely watching what may happen in state legislatures this year, saying, “From a 30,000 ft. view, the outcome of the 2016 legislative session was not nearly as bad as it could have been. Of the more than 200 bills introduced, only eight passed both legislative chambers and just five became law. However, the collective effort it took to defeat these discriminatory bills was unlike anything seen before in state legislation for the LGBTQ community. With the 2016 election results in, 2017 has the potential to be even more challenging.”

Stevenson summed up, “Senator Silk and his cabal of hate mongers want to distract Oklahomans from the real fiscal issues of the state, and think that their constituents will fall for it. In reality they don’t know how to do their job. They shouldn’t be stripping rights away from their constituents.”

Watch The Gayly’s website, www.gayly.com, and Facebook page – The Gayly – for continuing coverage on bills affecting the LGBTQ community during the 2017 Oklahoma legislative session.