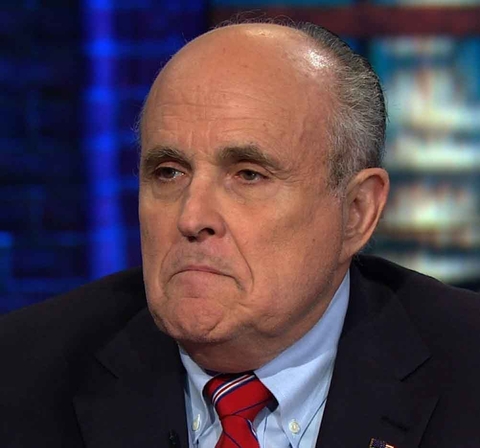 Rudy Giuliani on Monday attempted to clarify his weekend remark that "truth isn't truth" as part of his explanation for why he doesn't believe that President Donald Trump should testify with special counsel Robert Mueller.

"My statement was not meant as a pontification on moral theology but one referring to the situation where two people make precisely contradictory statements, the classic 'he said,she said' puzzle. Sometimes further inquiry can reveal the truth other times it doesn't," tweeted Giuliani, a lawyer for Trump in the Russia investigation.

Giuliani's tweet came less than 24 hours after he sparred with NBC's "Meet the Press" anchor Chuck Todd over the meaning of "truth."

"When you tell me that, you know, he should testify because he's going to tell the truth and he shouldn't worry, well, that's so silly because it's somebody's version of the truth. Not the truth," Giuliani said Sunday.

"Truth isn't truth?" Todd interjected. "Mr. Mayor, do you realize, what ... I think this is going to become a bad meme."

"Donald Trump says I didn't talk about (former national security adviser Michael) Flynn with (then-FBI Director James) Comey. Comey says you did talk about it. So tell me what the truth is," Giuliani said.

Trump has said he is willing to speak with Mueller's team for an interview, but his legal team has disagreed because they believe the special counsel's investigators could take what Trump says, if it differs from what others have laid out, as a lie.

"They have two pieces of evidence," Giuliani said to Todd on Sunday morning, explaining his stance. "Trump says I didn't tell them, and the other guy says that he did say it. Which is the truth? Maybe you know because you're a genius."