GOP may finally change its position on same sex marriage 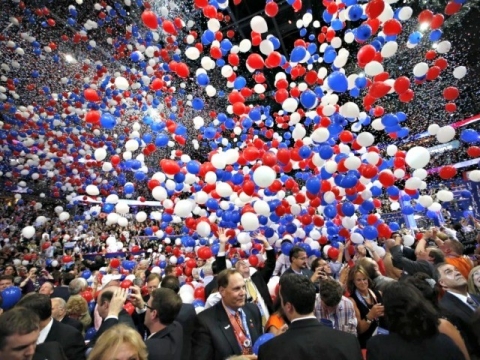 Changing the GOP's rhetoric on same sex marriage may be a topic at the Republican National Convention. (AP photo)

While the GOP continues to prepare for what is sure to be a contested convention, a movement is making its way through the party to develop a more modern stance on LGBT rights.

The issue of marriage equality is one that sets the GOP back and divides mainstream Republicans as well as Evangelical Republicans.

Some of the party’s biggest financiers, attempting to transform the GOP’s approach, have been helping to bankroll the American Unity Fund, a group that has launched a well-organized, behind-the-scenes effort to lobby convention delegates who will draw up the platform. It is asking them to adopt language that would accommodate same sex marriage.

This movement will not go off without a hitch; the evangelical right will is preparing to fight the change of stance tooth and nail.

In the midst of a wave of anti-LGBT legislation sweeping the south, the Grand Old Party continues to keep out of the mainstream of social issues.