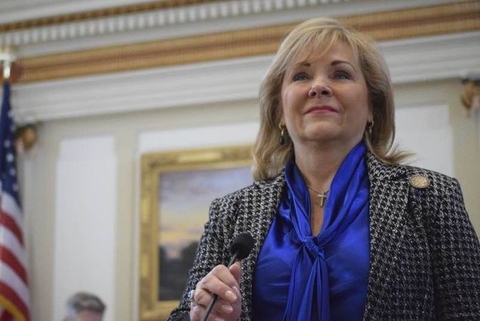 Gov. Mary Fallin vetoed a bill that would have changed the day honoring Native Americans in Oklahoma, the Tulsa World reported.

The bill passed overwhelmingly in the House and Senate.

HB2261 would have moved Native American Day to October on Columbus Day.

“This is a slap in the face to the 38 federally recognized tribal governments in Oklahoma,” Hoskin said in a statement. “As Indian people, we have an undeniable impact here in Oklahoma. Tribes make significant contributions, both financially and culturally, to our home state.”

"I believe combining a new Native American Day designation with the current Columbus Day holiday could be viewed as an intentional attempt to diminish the long-standing support of November being proclaimed annually as Native American Heritage Month in Oklahoma, and the third Monday in November as Oklahoma Native American Day," Fallin wrote in a news release.

Hoskin said it was important to recognize that Columbus and Europeans did not discover America, but it's a fallacy that continues to be taught in schools.

“By acknowledging that Native Americans have lived here for thousands of years before the arrival of the Europeans, we recognize the true history of our country and state. This is a missed opportunity to honor tribal people and tribal governments of Oklahoma,” said Cherokee Nation Principal Chief Bill John Baker.