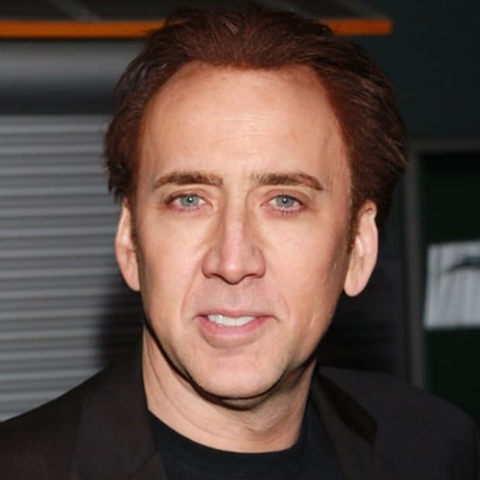 Nicolas Cage has been tapped to play Joe Exotic, the subject of the popular Netflix docuseries "Tiger King," in a limited series that is currently in development.

CBS TV Studios, Imagine Television Studios and Make Good Content are among those behind the eight-episode TV series, which will be taken to networks "in the next few days," according to CBS.

Cage would also be set as an executive producer on the project through his company, Saturn Films.

The show will be based on a Texas Monthly article, "Joe Exotic: A Dark Journey Into the World of a Man Gone Wild," by Leif Reigstad, which was optioned by showrunner Dan Lagana and Make Good Content's Paul Young in June of 2019.

Lagana has an overall deal at CBS Television Studios.

The logline for the series reads: "The story centers around Joe Shreibvogel, an eccentric, exotic zookeeper in Oklahoma who fights to keep his park -- even at the risk of losing his sanity. The series will live in the lion's den with Joe, explore how he became Joe Exotic, and how he lost himself to a character of his own creation."

Joseph Maldonado-Passage (né Shreibvogel) is currently in prison. Earlier this year, he was sentenced to 22 years for his role in a murder-for-hire plot and killing tigers.