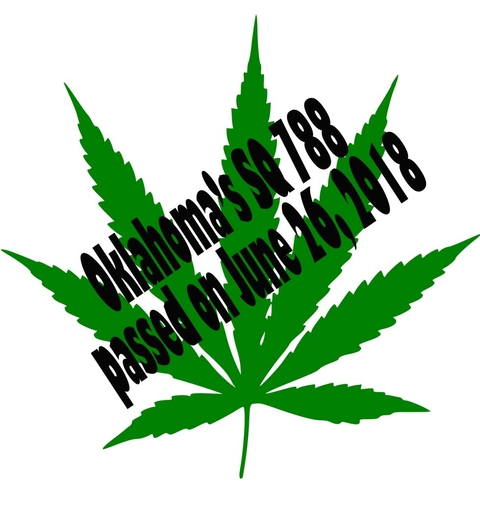 On June 26, 2018, Oklahoma voters were given a choice to vote on SQ 788, the Medical Marijuana (MMJ) Legalization Initiative. I voted, “yes.”

Before the vote, Fallin said in a statement, “Backers of this proposal to legalize medical marijuana followed procedures and gathered the more than 66,000 required signatures to submit the issue to a vote of the people.” She also made it clear in the statement that she was “…fulfilling my duty as governor…” by adding SQ 788 on the June 2018 ballot.

Fallin further claimed, “I think the state question is written so open-ended that it basically allows recreational Marijuana in the state of Oklahoma.” However, recreational use does not require a doctor’s approval, while medical consumption does.

Early on, as organizers of the MMJ initiative were collecting signatures, I was not a proponent of this measure. As a former Registered Nurse, I had not seen enough scientific data that medical marijuana was beneficial. At the time, I knew more people saying they had an addiction to marijuana, and none of them claimed it cured anything.

I needed education about this topic. Then I saw a series on CNN with Dr. Sanjay Gupta titled Weed, which gave me the rationale I needed. Particularly the case about the young girl with a rare disorder who could not walk. She was not developing cognitively and was having about 300 grand mal seizures a week which MMJ nearly resolved. Now she is up playing, going to school, and living a “mostly normal” life.

In fact, it’s been journalism providing the most facts and data surrounding the truth around this topic. Before, many loud voices were talking about the harm of cannabis, and not many talking about the benefits.

Gupta’s opinion changed about five years ago, having written stories about him “not being particularly impressed with the data” surrounding medical marijuana. That is, until he, too, turned to scientific data, which is what he began reporting. His mind changed, as well.

Before the deadline of the petition asking for signatures had passed, I had been convinced. I added my name to the petition. As publisher and editor, this is something I rarely do.

The most current Gallop poll taken in October of last year shows 66 percent of the population now support medical marijuana use.

Where I don’t smoke the weed, I love what it is doing for Oklahoma. I appreciate the free-flowing cash to newer small businesses (some are already growing into larger businesses). It’s money not necessarily going to the top 1 percent, which is something I greatly appreciate.

And, as a proponent of paying my fair* share of taxes for better roads, infrastructure, healthcare for the poor, and especially for education. I like what MMJ legalization has done for our state funding.

Moreover, I am very happy about the advanced legislation of SB 162, which, among other things, decriminalizes possession of pot (1.5 oz. or less) for people who do not hold an MMJ card. This act becomes effective on November 1 of this year.

Although the state and dispensary owners have a lot of kinks to work out in the laws since 788 left many loose ends, the ballot measure did create a law comparable to those in the 30 states which already allow medical marijuana.

So, I give a warm Oklahoma “Happy Cannaversary” wish to MMJ and look forward to the great things it "cann" do for our state.

(*Whatever "fair" means when it comes to taxes)