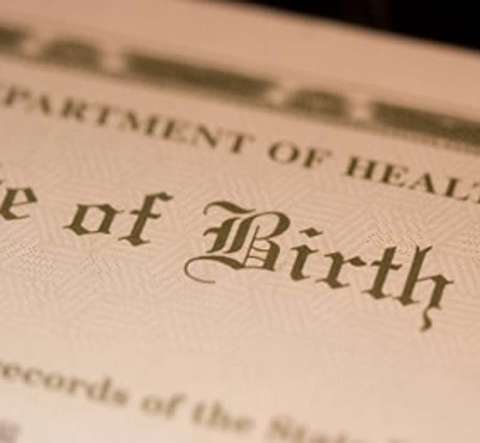 Idaho's Republican-controlled Legislature has sent a bill to the governor's desk that would effectively block transgender people in the state from changing the listed sex on their birth certificates to match their gender identity, despite a federal
judge having before struck down a similar state ban.

HB 509, which was approved on Tuesday by the state's Senate and by the state House last month, would allow for changes to be made to the document only up to a year after a child's birth if the change is made to correct an error. The legislation argues that allowing people to change their listed sex "undermines the government's interest in having accurate vital records." Opponents, however, argue it unfairly targets people looking to obtain accurate documentation in a move that will result in a costly legal challenge if the governor signs it.

CNN has reached out to Republican Gov. Brad Little's office about the legislation.

Transgender people often seek to change the sex or gender listed on their birth certificates to match their preferred gender or sex identity in order to obtain certain legal or identity documents, like driver's licenses and passports. Though rules governing changes differ in each state. Most allow for a change, except Tennessee and Ohio, according to the Movement Advancement Project, which tracks policies affecting the LGBTQ community.

The legislation comes two years after a federal judge issued a ruling blocking the state from prohibiting changes to the listed sex on an individual's birth certificate. The 2018 ruling said the state's policy based on its interpretation of another law violated the Constitution's Equal Protection Clause and warned that any new laws could face a "heightened scrutiny review."

Republican state Rep. Julianne Young, the bill's sponsor, said in a statement that "safeguarding the accuracy of our vital records is a vital part of preserving the ability of the state to protect the public health and safety."

Opponents of the measure have blasted Republicans for focusing on the legislation amid the coronavirus pandemic, which has already resulted in nine known cases in Idaho.

"It is unconstitutional and will cost the state a lot of money in court because it could go to the US Supreme Court," said Idaho Senate Democratic Minority Leader Michelle Stennett, adding the bill "was inconsistent with" the 2018 court order.

"I think what they're focusing on is misplaced," Stennett said of the Senate passing the bill during the pandemic. "(It) misses the large need and where we should be focusing, and that is incredibly reckless."

Peter Renn, a lawyer with Lambda Legal, the group that backed the 2018 challenge to Idaho's policy, said that if Little signs the bill, "it's difficult to see any other choice but further litigation, including the possibility of holding state officials in contempt of court because they would be essentially flouting a final federal court order."

"While the rest of the world is trying to solve a public health crisis, Idaho lawmakers are creating public health problems," he said.

Renn added that current state policy allowing transgender people to obtain accurate records has "reduced transgender people's risk of exposure to discrimination, harassment and violence" because it decreases the possibility of being unintentionally outed.

Rodrigo Heng-Lehtinen, the deputy executive director for policy and action for the National Center for Transgender Equality, also criticized the lawmakers, saying that "at a time when our country needs everyone to come together and support one another, we should not be targeting our transgender neighbors with unnecessary and hurtful legislation."