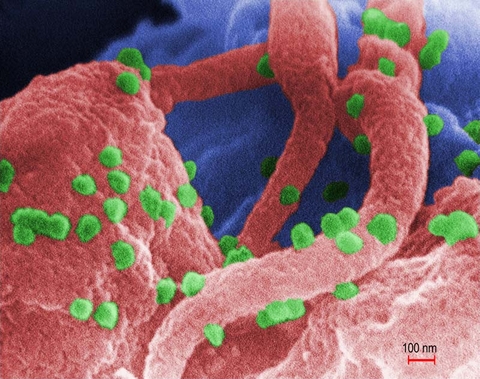 (CNN) -- A crackdown against lesbian, gay, bisexual, and transgender people in Indonesia is leading to a rise in HIV infections and causing a public health crisis, according to a new report from Human Rights Watch.

The report documents how attacks, raids and an attitude of open hostility towards LGBT groups by Indonesian authorities and Islamist militant groups has derailed public health efforts to prevent and curb HIV.

"LGBT people's access to condoms, to counseling and to HIV education is disappearing. It's becoming more and more difficult for HIV education groups to access these communities. The situation is alarming and rates of HIV infections are increasing in Indonesia," said Andreas Harsono, a researcher at Human Rights Watch and one of the authors of the report.

Beginning in 2016, Indonesian authorities -- including politicians and other governmental officials -- began publicly attacking LGBT groups, creating a "moral panic" which then spilled into the wider Indonesian society, according to the report, which was published on Sunday.

"It began with a moral panic: that homosexuality was contagious, that it might affect children, that it is more dangerous than nuclear war," said Harsono.

The Indonesian media also helped fuel the hysteria, according to Harsono, which then encouraged both the authorities as well as militant Islamist groups to raid and attack clubs, spas and public spaces that were previously safe for LGBT people. In 2017, Indonesian police arrested at least 300 LGBT individuals, 40 of whom were later charged and jailed because of their sexual orientation, according to Harsono.

Crackdowns are especially troublesome in the prevention of HIV, according to Helen Vice, director of the Global Health Academy at the University of Edinburgh, because they "will only push people who need HIV treatment behind or away from front line services, and for anyone with HIV it's particularly important that they can access services quickly."

The HIV epidemic has gotten worse in Indonesia recently, with almost 48,000 new infections each year, the report said.

Most HIV infections in Indonesia still occur among heterosexuals. But one-third of new HIV transmissions occur among men who have sex with men, the report states. Rates of HIV infection have increased five-fold for this group since 2007. The crackdown against LGBT groups has particularly affected organizations working with men who have sex with men, according to Harsono.

The discriminatory targeting of organizations offering condoms and HIV education has been particularly problematic for the prevention of HIV.

"It's necessary to have an inclusive approach to HIV prevention," said Vice. "Civil society needs a place at the policy table. Diversity is important. Equal rights is about inclusive access to treatment."

Organizations that previously saw 700 people a month for HIV counseling and education are now only seeing 250, Harsono said.

Part of this can be attributed to the disappearance of hotspots -- areas where health workers could easily find gay men -- caused by the crackdown. But the intimidation and "criminalization of HIV outreach workers" by militant groups and authorities has also reduced the capacity of organizations working in HIV prevention, according to Harsono.

"The suspicion of any neighbor that we are gay can put us in real danger," said Panuta, an HIV outreach worker in Jakarta who was interviewed by Human Rights Watch for the report. "Whenever a group of my friends gets together now, we're afraid of neighbors snooping and calling the religious groups or the police and saying we are having a sex party -- even if we are not."

And to further complicate matters, condoms are now used as evidence of purported crimes, such as prostitution, which hamstring HIV prevention initiatives, according to the report. Many organizations fearing police reprisal no longer store condoms, according to Harsono.

The report is based in part on 48 in-depth interviews conducted in 2017 with victims, witnesses, activists, and health workers. The interviews were in Java, Kalimantan and Sumatra

While Indonesia is a Muslim country, only a few small areas of the country follow strict Muslim law. Not that long ago, being LGBT in Indonesia was widely tolerated.

However, the recent political changes have undermined fundamental human rights and increased the risk of a public health crisis, according to the report.

"Groups cannot track or see who has HIV. Facilities [for prevention and treatment] are disappearing. We going back to the 1990s in terms of HIV prevention programs, back to square one," said Harsono.