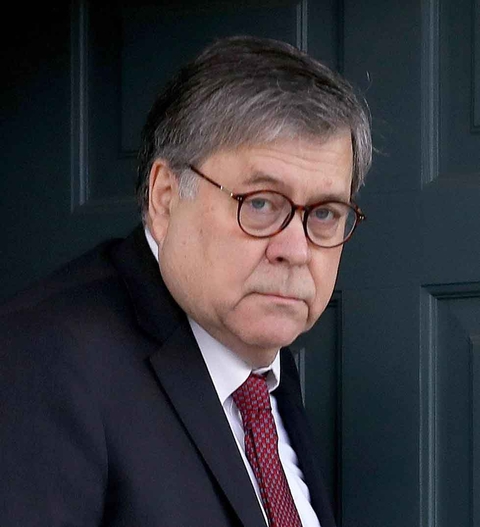 A Justice Department spokeswoman said "every page" of Mueller's nearly 400-page report provided to Barr on March 22 was flagged as potentially containing material covered under a law that protects confidential grand jury information and "therefore could not be publicly released."

"Given the extraordinary public interest in the matter, the Attorney General decided to release the report's bottom-line findings and his conclusions immediately — without attempting to summarize the report — with the understanding that the report itself would be released after the redaction process," Justice Department spokeswoman Kerri Kupec said in a statement.

Kupec said the department is continuing to work with the special counsel on "appropriate redactions to the report so that it can be released to Congress and the public."

The New York Times and Washington Post reported that some of Mueller's investigators were frustrated about the limited information Barr included in his four-page summary submitted to Congress on March 24.

Members of the special counsel's team complained to associates that the evidence they compiled on whether Trump obstructed justice was "alarming and significant," the Post reported.

Both news outlets noted that Mueller's team had prepared its own summaries of the report, expecting that they would be publicly released and were disappointed when they weren't.

In his letter to Congress, Barr said Mueller did not establish Trump's campaign or associates conspired with Russia. Barr wrote Mueller did not have sufficient evidence to establish obstruction of justice, but Barr quoted Mueller as saying that the special counsel also did not exonerate the President. The letter notes Mueller found evidence on both sides of the obstruction issue, a strong signal that there is information that was not positive for the President.

The Justice Department said late last week that it will release Mueller's report to Congress and the public by "mid-April, if not sooner." Barr said his department is "well along" making redactions, with the assistance of the special counsel, and "there are no plans to submit the report to the White House for a privilege review."

Congressional Democrats, however, have been pushing for the full Mueller report to be released without redactions, saying anything else is unacceptable. The House Judiciary Committee on Wednesday approved on party lines a subpoena to obtain the full, unredacted report.