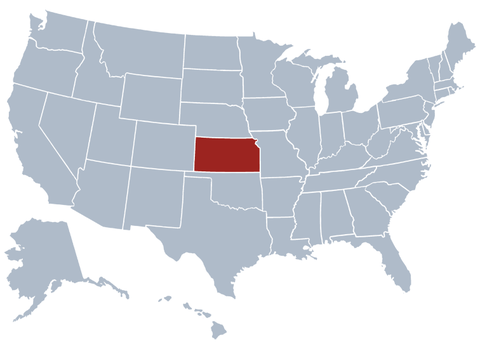 Today Representative John Whitmer's (R-Haysville) anti-transgender "bathroom" bill was formally introduced. HB2171, a copy of which is below, will require segregated bathrooms based on whatever gender is "identified at birth."

“Like last year's discriminatory measures, this year's bill will target transgender kids in public schools,” said Tom Witt, Executive Director of Kansas Equality in a statement to supporters. “Missing from this bill are the ‘bounty’ provisions from last year, emboldening Rep Whitmer to call this a ‘compromise’ bill. Should you hear it described as such in media reports, please know that at no time did Whitmer contact Equality Kansas or any other LGBTQ advocacy organization to negotiate any such ‘compromise.’

Witt says they will fight this bill.

“Even with the ‘bounty’ provisions removed, this bill reaches a new low for attempts to legalize discrimination,” added Witt. “Appallingly, HB2171 gives the Attorney General open-ended prosecutorial authority against school children who use a bathroom others decide they don't belong in. Specifically, the Attorney General can seek any penalty they wish so long as the Attorney General, on their own discretion, finds the consequences ‘equitable.’"

Emphatically Witt emphasis, “Frankly, this is a piece of insane legislative bigotry and overreach that is breathtaking in its scope.

“We will fight this bill with everything we have, and we ask that you stand and fight with us. We will be sending more information if and when the bill is scheduled for a committee hearing.

For more information about this bill and the work of Equality Kansas, visit their website at www.eqks.org. 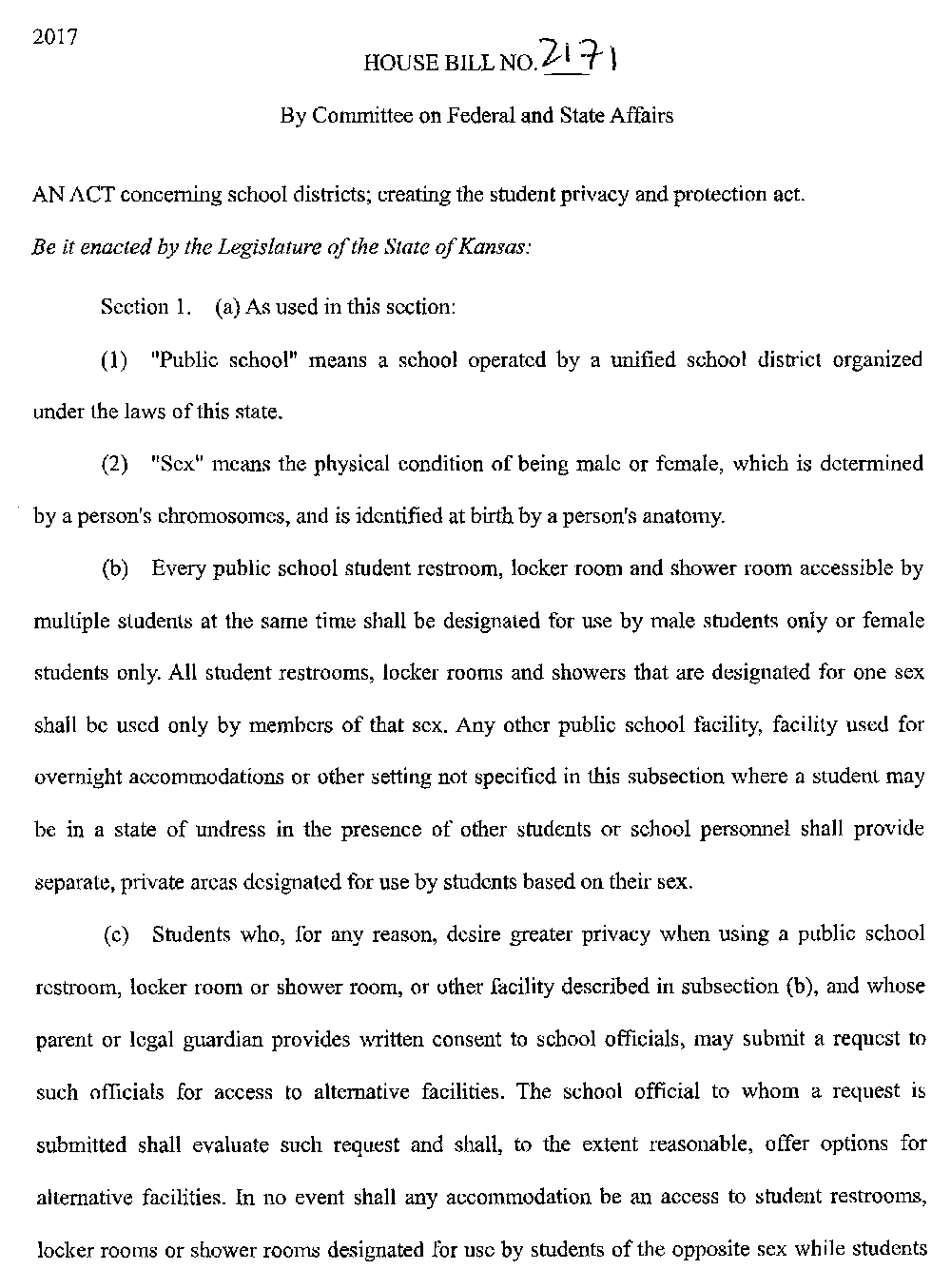 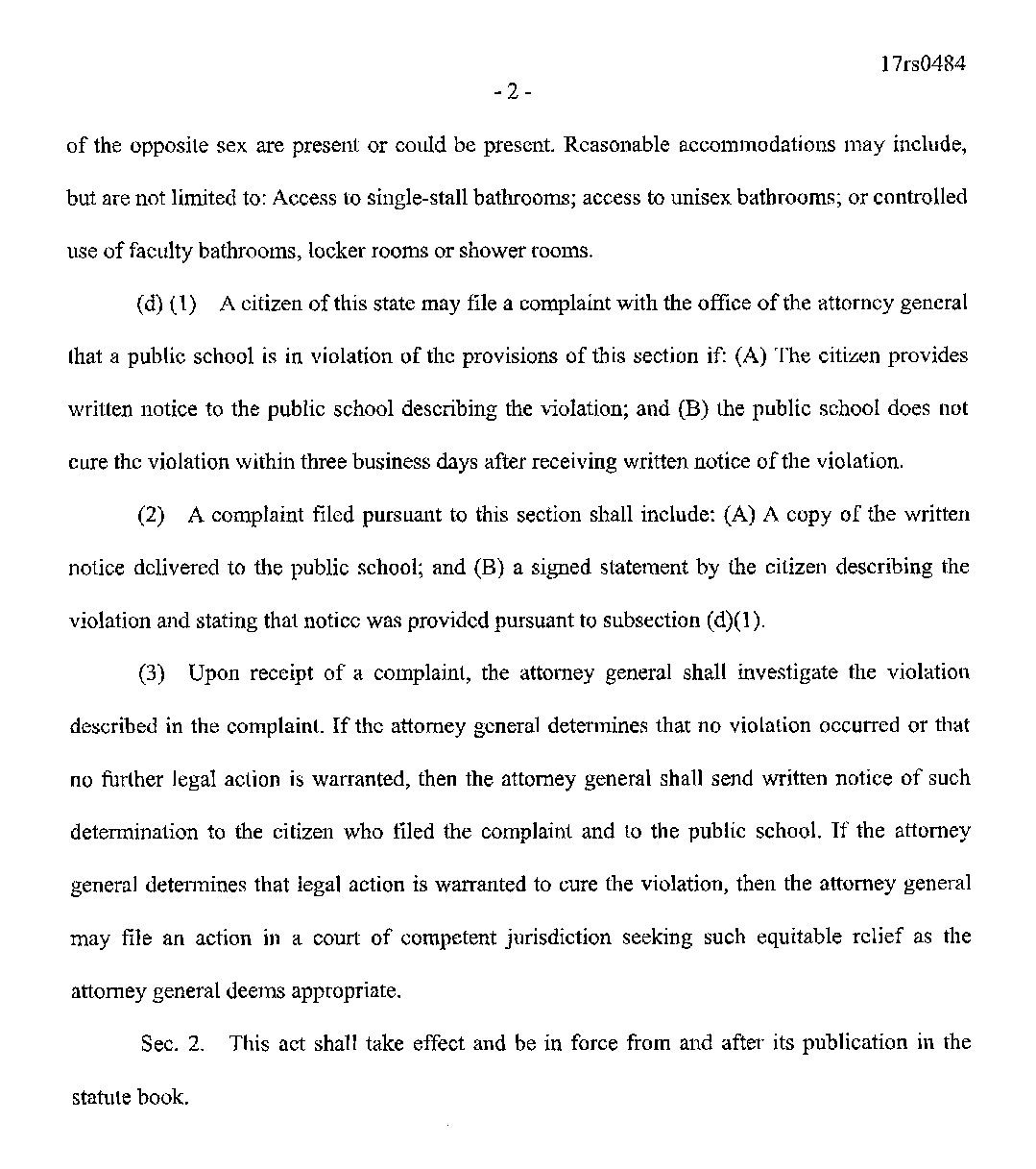